This book of short stories is about in-betweenness, emotionally and geographically 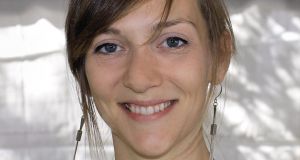 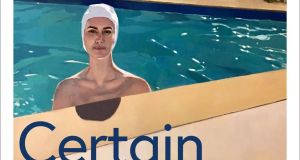 In the run-up to the 2016 US presidential election, a reporter appeared on an Irish TV news programme. They were doggedly traversing the US on the campaign trail, visiting small towns to gauge opinion on the candidates, amid talk of baskets of deplorables, bad hombres and swamp-draining.

“The thing that’s worth remembering”, the reporter said, “is that the US is a continent, and not just a country” – that while the 50 states occupy the same space as stars on one flag, they differ not just in time zones and climate, but also in cultural and political viewpoints. It’s not clear which states Catherine Lacey has turned her gaze on in Certain American States, but the ache of distance is unavoidable. Of too-small towns and the boredom and remoteness etched into every Dairy Queen and front porch.

After two impressive novels, including the unnerving and episodic Nobody Is Ever Missing, Lacey moves to the short story with this collection. The form suits the multiple settings – a clutch of states, broken lives and the fraught landscapes and claustrophobia of her characters experience. In Learning, an artist attempts to teach painting to apathetic law students. When chastised by a boss, he “felt like a map that had been refolded the wrong way”. On returning home early one day to surprise his wife, he finds her contentedly engaged in mundane chores, but “when she saw me, the real Ellen vanished again”. She confesses to spending her days hiring cars just so that she can drive around randomly, “as if admitting an affair she didn’t regret”.

The stories are limbo-esque, of those who never left, or even had a destination in mind. People subsumed by their own lives and lost within them. In Ur Heck Box, a woman escapes to New York after a family tragedy, certain she can leave her grief behind, only for her troublesome mother to follow her to the city. The story title comes from a cryptic conversation with a man who can’t speak, who repeatedly shows the woman text on a phone screen. Telephones appear ominously in several stories; once described bluntly as “the real enemy”, contradicting the idea of communication as the warm, overshared experience we’ve all been assured it is. Muteness abounds here; people leave things unsaid, or never find the right words at all.

Dead brothers and husbands disrupt time and memory, as their bereaved loved ones battle with the static surreality of what’s just happened. In Please Take, a woman throws away her dead spouse’s clothes, only to encounter a stranger in a park wearing his shirt, a sort of sartorial haunting. As Lacey demonstrated in her last novel, The Answers, she is capable of comedic mic drops: a woman reminisces about her fascist grandmother and does battle with a murderous cat in Because You Have To.

The laughs are welcome: the tone throughout the collection rarely wavers, ricocheting back to deadpan, whenever the volume is turned up even slightly. This could veer into sameness or repetition, but Lacey’s skill – her approach to sentences is often ruthless economy – offers consistency. Somewhere out of all these words a cloud of empathy floats up. A reinforcement of how many lives are like this, and how lived experience can never fully avoid periods of isolation. Everyone in these pages is looking for something: answers, peace of mind, uncomplicatedness.

In Violations, a divorced husband still hasn’t got around to redirecting his ex-wife’s mail. He scrupulously reads her published fiction to see if he appears in her writing. Upon finding a postcard sent by a French man from her past, he instantly imagines him to be an idealised lost love, a Michael Furey figure. It’s told in long elliptical paragraphs that avoid punctuation, and Lacey plays with form in several stories. The Four Immeasurables and Twenty New Immeasurables uses an internet quiz to reveal a complex romance between a woman and a Buddhist monk. Because You Have To, with its asterisked pauses, works as a narrative of micro-moments that build to a chaotic end.

Absences hang around, a not-gone vapour trail. Characters reach a point of exclusion – sometimes, but not always – self-imposed, but Lacey allows the reader in. A ghost therapist who hovers near by, listening to their woes.

This is a book about in-betweenness, emotionally and geographically. About how people can be both what they are and what they’re not: a “not-widow”, or a “not-son”, in a world where many of these characters almost wish they had a Doppelgänger living a happier or more adventurous version of their life somewhere else. Lacey creates and amplifies these small lives, the voices that get left behind or barely register, but we can hear them, and we’re listening.