This slight tale transcends the genre and reads less like a music memoir than a self-analytical study, written with a novelist’s linguistic precision, writes Johnny Rogan 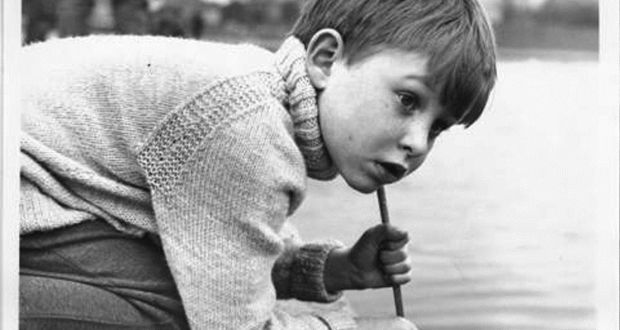 Morrissey’s Autobiography received many positive reviews, including praise from myself in The Irish Times, but I believe this work is better written and probably more insightful. By the end, I was left thinking, “If Johnny Marr’s long-awaited memoir is anywhere near as self-analytic, emotionally honest, observant or elegantly written as this, then it surely will be universally acclaimed as the music book of the year.”

The memoir of a former Smith, whose involvement with the band did not last beyond their first performance, might seem an unedifying read but such assumptions should be put aside. Almost unbelievably, this slight tale transcends the genre and reads less like a music memoir than a self-analytical study, written with the linguistic precision and quality prose of an established novelist. It even begins like a pastiche of an eighteenth-century novel: “My mother died when I was eight years old”. A hostage to fortune, Hibbert’s life is an extraordinary series of near triumphs, sudden reversals, ruined relationships and, in the final chapter at least, a contentment of sorts.

The author’s emotional life is not so much related as dissected with a dispassion that is remarkable. Frequently, the tone, interpretation and sense of bewilderment are reminiscent of Mark Haddon’s The Curious Incident Of The Dog In The Night-Time. Hibbert never succumbs to melodrama, even when detailing multiple marriage break-ups, fractured connections with his children, episodes of depression, a suicide attempt and a near-death experience. Each is described in a quizzical tone akin to Benedict Cumberbatch recreating a crime scene in Sherlock.

Reacting to his mother’s death – reportedly from pneumonia or, more likely, an undiagnosed infection – Hibbert observes: “I’ve checked the weather records for that particular week and it reveals that high pressure from northern Russia and Scandinavia had caused temperatures to drop to minus 8 degrees C across Britain...”

For all his dispassion, Hibbert exhibits a scary intensity at times. With several of his wives he is disconcertingly possessive, often to a self-destructive degree, yet also liable to move on with indiscreet haste when abandoned. A dreamer and idealist, he is happy to sleep on studio floors while pursuing his vocation, but always manages to survive against the odds. He loses a fortune through profligacy, not to mention alimony, makes questionable business decisions, one involving “brown paper bag” money of £40,000, yet still manages to become an unlikely millionaire. Indeed, he probably does a lot better financially than he would have done had he stayed with the Smiths.

“I have always felt alone,” the author notes, matter of factly. Here he sounds suspiciously like a character in a Morrissey song and the comparisons do not end there. We learn of his distant relationship with his father, an inability to settle at school and, most tellingly, a lifelong conversion to vegetarianism which occurs after he witnesses a bird dying. “No amount of chocolate could console me,” he writes. At times, he appears more Morrissey than Morrissey. But there are stark contrasts too, most notably Hibbert’s tendency towards self-criticism. It is difficult to imagine Morrissey ever saying, “I was obnoxious, aggressive and, most of all, extremely selfish” or even “I knew my possessiveness was extreme”. Nor, outside of a racy novel, would you expect Morrissey to exclaim, “The sex was frentic, consuming and desperate.”

The mid-section of the book covers the author’s brief time in the Smiths. He recalls the demo recordings of The Hand That Rocks The Cradle and Suffer Little Children, how the group originally considered promoting itself as a “gay band” and intended to name each member after a serial killer, as if fulfilling Morrissey’s grim fascination with books such as The Murderer’s Who’s Who. The group’s image – flat-top haircuts and bowling shirts – was another early notion, rapidly forgotten.

Hibbert admits he was not completely committed to the group, always preferring to pursue a career as a sound engineer. His sacking is described prosaically in a non-judgmental, almost magananimous tone. Whereas others might complain of slights, exploitation or betrayal, Hibbert is detached enough to take a wider, more sensible view. “It happens with all bands” is a typical response. That said, he admits he would have abandoned everything to join God’s Gift, a now forgotten band which he rated as far more promising and innovative than The Smiths.

The author provides an impressive knowledge of the Manchester music milieu, wearing his knowledge lightly while relating tales of Joy Division, the Passage, the Fall, Marine Escape, Sister Ray and his early forays into the scene with Freudian Slip and the Adorables. Only once does he break the spell. These casual but convincing reminiscences are supplanted by hindsight and transparent “after the event” research when he is required to reconstruct his one and only performance with the Smiths.

The eventful evening of October 4th, 1982 at the Ritz is spread over 18 pages. While Hibbert is hardly likely to say, “I don’t remember much about that night at all”, the degree of photographic detail here is so sumptuous that it stretches the reader’s credulity. He appears to know the entire history of the main act, Blue Rondo a la Turk, while his other memories resemble a portmanteau of every published witness account of that evening in existence. By his own admission, the show was of no special importance in his life at the time, but it has now taken on legendary significance.

The retrospective research does at least throw up some admirably measured analysis. Hibbert quotes Marr from one recent interview saying, “There were only about 11 people there”. Hibbert suspects it was somewhere between 500 and 600. However, a letter from Marr written a mere 24 hours after the performance (unearthed in The Severed Alliance) says “It was OK – about 300 people were there”. The discrepancies speak for themselves.

Reading Hibbert’s memories of Morrissey and Marr, you start wishing he’d stayed longer in the Smiths as his comments are frequently enlightening. Marr is remembered as “a bit cocky . . . he literally never stopped talking”. There’s some smart analysis: “Johnny didn’t make himself vulnerable in any way by revealing anything about his private life or feelings for anything other than music.” And even better: “I realized that they each had a different relationship with silence. Johnny appeared afraid of it, even slight pauses, and was impelled to fill any gaps in the conversation. Steven was comfortable with it, more so than anyone I had known until that point in my life.”

Some of the comments on Morrissey are withering. “His idea of humour was sarcasm and attempts at witticisms, which weren’t actually very funny. He certainly didn’t laugh at himself.” In common with Judge John Weeks, Hibbert chooses three character tics to convey an impression – not “devious, truculent and unreliable” but “evasive, standoffish and sarcastic”.

The spectre of Asperger Syndrome hangs over Hibbert’s narrative for most of the book, although that diagnosis did not occur until he was into his forties and resident in Australia. Unwisely, he volunteers this information as early as page 18, which colours his and our interpretation of many of the events that follow. An alert reader, familiar with the concept of the unreliable narrator, should proceed with caution.

As the author himself admits, he was once classified as a paranoid schizophrenic following one unfortunate episode in his youth, but little is made of that. Asperger’s may explain much about his thought processes, sense of awkwardness, tendency to take words literally and disengagement from social situations, but occasionally he self-diagnoses dysfunction when it may not be present at all.

He recalls a conversation with an electrician working at his house who unexpectedly asks whether Dale and his wife “want to come out with me and my wife for a meal”. Hibbert is surprised. “I couldn’t figure out why he had asked me and what he wanted. He was just a guy who did an electrical installation for us. I didn’t understand.” This encounter actually conveys the opposite impression. The electrician sounds presumptuous and Hibbert’s reaction eminently reasonable in the circumstances.

Examples of a lack of empathy or emotional reciprocity in selective situations are contradicted by others in which Hibbert displays considerable humanity. His relationship with his saintly grandmother burns through the book, reaching a heartbreaking apogee at her funeral service where he is so overwhelmed and resentful of those in attendance that he escapes sobbing from the crematorium. “The rest of the day saw everyone run through the formalities of the wake. No-one mentioned my exit from the building. It was ignored, passed over, just as the last decade of my gran’s life had been.”

Ultimately, the book never allows us to rest with easy conclusions. Its finest moments are when the author himself is confounded by his own contradictions and responds with ambiguous answers, effectively leaving the reader to unravel the mystery.

Morrissey’s Autobiography received many positive reviews, including praise from myself in The Irish Times, but I believe this work is better written and probably more insightful. By the end, I was left thinking, “If Johnny Marr’s long-awaited memoir is anywhere near as self-analytic, emotionally honest, observant or elegantly written as this, then it surely will be universally acclaimed as the music book of the year.”

That’s the unexpected gauntlet that Hibbert has thrown down. Maybe he had the assistance of a highly accomplished professional author, but it is his name alone on the cover, so he takes the plaudits. I never expected to write this, but Boy, Interrupted is one of the best pop memoirs I have ever read.

Johnny Rogan writes about music and popular culture; his books include biographies of the Byrds, Neil Young, The Smiths, Van Morrison and Ray Davies