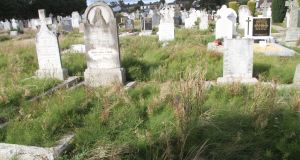 Blame it on the Proclamation. “Our exiled children in America” have been the principal focus of historic interest in the diaspora and its role in the Irish Revolution. Éamon de Valera’s largely unsuccessful stint in the United States in 1919 and 1920 confirmed Irish-America as the most important diaspora in the minds of those studying the period.

There was a neglect in Irish historiography to the contribution of the exiled children in Britain. They operated in the belly of the beast, raised funds, smuggled guns, minded Irish republican prisoners, promoted the cause of Irish independence in British civic society and, in the case of the IRA, sought to destabilise and spread fear in British society by targeted acts of violence.

Two significant books have been published recently to remedy this neglect. The first was Gerald Noonan’s The IRA in Britain 1919-1923 which detailed the important role the IRA in Britain played during the War of Independence especially when it came to gunrunning.

Now the publication of Art O’Brien and Irish Nationalism in London 1900-25 by Dr Mary MacDiarmada is a long overdue biography of one of the most fascinating characters of the Irish revolution.

The author concludes that O’Brien’s role between 1916 and 1921 is “grossly underestimated” and makes a compelling case for this claim.

O’Brien was unpromising material for Irish nationalism. His father, John Joseph, was born in Cork, but he was a British army officer and died when O’Brien was five. His mother Henrietta Myers was from a middle-class English family who owned a publishing firm.

His uncle-in-law was an editor with Debrett’s Peerage, the house journal of the British upper-class.

O’Brien was brought up in Kensington, then as now one of London’s most upmarket suburbs. After attending Catholic school, he trained as an electrical engineer which brought him to Spain and France and then back to London.

His conventional professional career appears to have been upended by his embrace of his Irish background when he joined the Gaelic League of London in 1900 at the age of 28.

Within a year he was described as “one of the most active members of the Gaelic League” and as the “hungriest man for work ever known”.

From then until his death in 1949, his life was dominated by service to a country he never lived in until the last decade of his life.

Many children of the Irish diaspora embrace their identity with a zeal that the Irish-born take for granted. O’Brien became a close confidant of Michael Collins, who spent his formative years in London, and post-Anglo Irish Treaty with de Valera. He had a catastrophic falling out with both men, but his service to the Irish State was recognised by both men.

He was described by one Irish exile in London as the “God of our little world” and at his trial in 1923 as the “presiding genius” of the Irish movement in the British capital.

Dr MacDiarmada’s engrossing study depicts a man who was a diligent organiser and a single-minded devotee of all things Irish in London. He gave wholeheartedly of his time, using his travels around the UK to set up branches of the Gaelic League in various British cities. O’Brien, like most Irish people of the people, started out as a cultural rather than political nationalist and his devotion was to Irish language and culture rather than to politics.

O’Brien became fluent enough, despite never learning Irish in school, to teach classes in algebra, chemistry and geography through the language.

“The real Gaedhealtacht like the Kingdom of God is within. Everybody can be a Gael if he tries,” extorted one Irish diaspora newspaper based in London.

Dr MacDiarmada is aware of the many contradictions in O’Brien’s life. The concept of “de-anglicisation”, as promoted by the Gaelic League, was not applicable in England, she points out, and concludes “the irony was the secure well-paid employment that the host nation provided to Irish immigrants coupled with the education it had given to the likes of O’ Brien ensure that they had the skills and the time to devote to what was essentially anti-British propaganda.”

O’Brien was radicalised by the Easter Rising, joined the IRB in June 1916 and Sinn Féin in 1917.

He became the full-time envoy of the Irish Republic in London after the first Dáil was set up in 1919, a role he fulfilled with such focused energy that he collapsed with exhaustion.

In one three month period he sent out more than 900 pieces of correspondence on behalf of the underground Irish government all the time being harassed by the British authorities. “I am killed with work,” he complained in December 1919.

He briefed the international media on a daily basis, set up and drove the prisoners’ relief fund, aided gun running and visited prisoners on a regular basis.

He was the last person, along with MacSwiney’s two sisters, to see the Lord Mayor of Cork Terence MacSwiney before he died on hunger strike in Brixton Prison in October 1920.

At the behest of de Valera, he set up the Irish Self-Determination League (ISDL) to promote the cause of Irish freedom in Britain. The highlight of its existence was a packed event in the Royal Albert Hall in February 1920. Yet, as Dr MacDiarmada points out, the league was hamstrung by de Valera’s mean-spirited insistence that membership of the league be only open to those of Irish descent and not to those British people who supported Irish freedom.

O’Brien refused to make a common cause with many in the British labour movement who supported Irish independence because of his snobbish distain for the British working classes.

Despite having cultivated important contacts in Downing Street, O’Brien was not included with the Irish delegation negotiating the Treaty. This, Dr MacDiarmada believes, was a mistake as O’Brien’s forceful personality might have helped negotiate a better deal and prevented a civil war.

Knowing, though, what we now know about the British government’s determination never to yield to Irish demands for a republic, this is a contentious point.

In any case, O’Brien was dismayed by the Treaty and had a catastrophic falling out with the provisional government. His status as Irish envoy in London was terminated in April 1922.

In 1923 he was one of a number of anti-Treaty stalwarts in London involved in a celebrated case. At the behest of the Free State government, the British authorities rounded up 100 anti-Treaty agitators in Britain including O’Brien, and deported them to Ireland.

O’Brien successfully challenged the decision and argued, somewhat ironically, that no British subject could be deported to a foreign realm, a realm that he failed to recognise.

There are glimpses here and there of the private O’Brien, who never married


Thereafter, though he was engaged in propaganda work on behalf of the anti-Treaty side, he also fell out with de Valera who tired of his endless litigation at the expense of an impoverished shadow government in Dublin.

A whiff of financial impropriety, though never proven, hung over his latter years.

Nevertheless, de Valera brought him back into the fold and appointed him as “envoy extraordinary and minister plenitopotentiary” to Paris (effectively the Irish ambassador to France), a position he held from 1935 to 1938.

In 1939, he finally moved to Ireland and lived out his life with his sister Geraldine and died 10 years later at the age of 75. His old friend and then Irish president Seán T O’Kelly attended the funeral as did many in the government at the time.

The author admits that she does know the “why” concerning O’Brien’s devotion to a country that was not his home. There are glimpses here and there of the private O’Brien, who never married and spoke of the “darkness of disappointed bachelorhood” yet his motivations for eschewing a comfortable English middle-class existence remain a mystery.

The irony of this is that no revolutionary figures left such a huge archive of material for future historians and the Art O’Brien collection in the National Library is one of the most comprehensive you will find from this period.

Perhaps O’Brien was a doer and not a talker and his frenzied nature left little time for contemplation as to the why.

When he died, de Valera said of him: “There was never a man who was more whole-heartedly or more self-sacrificingly loyal to Ireland and to the course of the Irish language and Irish independence.”

The most disturbing revelation in the book is a photograph which shows O’Brien’s grave or absence of same in Deansgrange cemetery.

It seemed improbable that such a significant figure could have an unmarked grave. Prompted by the book, I took a trip out to Deansgrange to investigate.

O’Brien is buried in grave 4N in the St Fintan’s section of the cemetery, but there is no headstone, no railings, nothing except the detritus of weeds and grass growing between two headstones marking the spot where he is buried. This is a national disgrace.