Protagonist Rachel tells the story of a life in limbo. Although tender, it is never sentimental 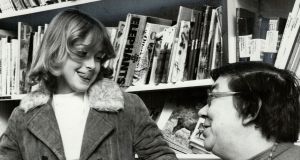 Book Title:
A Jest of God

It sounds so familiar, so sad and so true; Rachel Cameron is an unmarried daughter into her 30s still living at home with a widowed mother who clings to her more as a partner than as a child. No one is to blame, yet there is blame and resentment.

Margaret Laurence’s third novel, A Jest of God, is the second of her famous five-volume Manawaka sequence which study the lives of women living in Canada. It was first published in 1966, the same year as John Williams’ Stoner. There are powerful similarities. Both explore the quiet agony of the inner life of traumatised emotion and the unrelenting scrutiny of social convention. The plight of the central character of Stoner is more obviously brutal and looks at an entire life whereas A Jest of God, which won the Governor General’s Award, spans one summer.

Laurence, in this the 30th anniversary of her death, remains, for many readers, the defining conscious of 20th century Canadian literary fiction as well as a major influence on Alice Munro and Margaret Atwood. It is easy to see why.

Unlike the tragic college lecturer in Stoner, Laurence’s protagonist tells her story in responses which shift between detached reflection and intense indecision. As a narrator Rachel is sharp, at times understandably caustic and increasingly vulnerable. Socially awkward, she is aware of being tall and skinny. Most poignantly of all though is her awareness of being caught in limbo. Stacey, her older sister left home and rarely makes contact. She has an excuse; she is married and has four children.

She made a new life. Rachel resides in the old one, back from college in extended childhood and teaching in her old school, watching the children she teaches playing in the yard: “I remember myself skipping rope to that song when I was about the age of the little girls out there now. Twenty-seven years ago, which seems impossible, and myself seven, but the same brown brick building, only a new wing added and the place smartened up. It would certainly have surprised me then to know I’d end up here…”

Very early in the narrative Laurence establishes Rachel’s inner life and her tendency to look beyond the surface of things. Flashes of sudden humour make her painful, self absorption all the more human. She calls the children back to class and immediately wonders: “Am I beginning to talk in that simper tone, the one so many grade school teachers pick up without realizing? At first they only talk to the children like that, but it takes root and soon they can’t speak any other way to anyone.”

Her observations are shaped not only by her intelligence and years of watching the behaviour of others, but by her frustration. In the small claustrophobic small town world she inhabits over which the same ancient, all-knowing local doctor presides from cradle to grave, everyone appears that bit more vividly real.

Among Laurence’s many brilliantly-realized creations is Rachel’s colleague Calla Mackie, “kind and well-meaning”, a natural survivor who under all-concealing smocks wears the same tweed skirt and bulky-knit sweater to school “day after day without anyone noticing”. Anyone, that is, except Rachel.

Contemplating the eccentric spectacle of “poor Calla” Rachel allows that “it isn’t her fault she has no dress sense” and concludes “I look quite smart in comparison.” This is immediately followed by: “Oh God. I don’t mean to be condescending… I dramatize myself. I always did.”

Singing. We have to stand, and I must try to make myself narrower so I won’t brush against anyone

Laurence takes initial risks with the reader’s sympathy for a character that is clearly not intended as a conventional heroine but instead as a far more interesting Everywoman figure – although in the early pages of the book one may be tempted to briefly reflect on Jane Austen’s Emma Woodhouse. Rachel’s attitude towards Calla, who clearly wants to be her friend, establishes Rachel’s inner anger.

In what is possibly the finest set piece of A Jest of God – and one which in a lesser novel would be seen to appear dangerously early – Calla succeeds in persuading the reluctant Rachel to accompany her to a prayer meeting at the local Tabernacle, at which Calla attends twice weekly. At first Rachel looks around her and can barely contain her amusement: “Singing. We have to stand, and I must try to make myself narrower so I won’t brush against anyone. A piano crashes the tune… The voices are weak at first, wavering like a radio not quite adjusted, and I’m shaking with the effort not to giggle…”

She is uncomfortable in the situation and feels out of place, trapped. Laurence is pitch-perfect in conveying the exasperation of a character whose only resource is her irony. Rachel at 34 remains a clever girl who must always report back to mother, attending her at home bridge nights. The session at the church ends in an unexpected reaction from Rachel. The ever-reliable Calla is on hand. And it is Calla who in a single-sentence retort best articulates the succinct insight Laurence brings to her fiction: “I’m not” she says, “entirely lacking in all forms of understanding”.

Another character does lack understanding. Nick is another of the now-adult children who has returned to Manawaka, Manitoba, if only temporarily as he works elsewhere. He is also a teacher and lives with the ghost of fraternal twin brother who died years earlier. Rachel’s mounting excitement with what begins as a schoolgirl romance is touchingly described. Laurence, for many readers still best known for The Stone Angel (1964) her second novel and the first in the Manawaka series, is capable of extraordinary tonal and mood shifts and nowhere does she demonstrate this skill more affectingly than in the fluctuating responses of Rachel to romance.

She does indeed appear as a schoolgirl, alternatively gauche and content in her growing sexual confidence. This new found sense of self quickly yields to dependence.

As novelist, short story writer and children’s author she remains a defining voice in international as well as Canadian literature

Rachel’s wry inner life, her tussle with suicide and her bid for survival make this stylistically sophisticated narrative tender and sympathetic, but never sentimental. There is the sad irony that Margaret Laurence, terminally ill, killed herself aged 60, in 1987. As novelist, short story writer and children’s author she remains a defining voice in international as well as Canadian literature. Rachel Cameron’s dilemma is beautifully and truthfully rendered in a study in which intelligence is countered by emotion.