Once upon a time in the Irish midlands 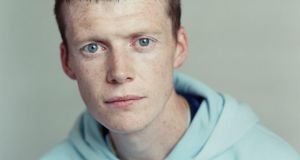 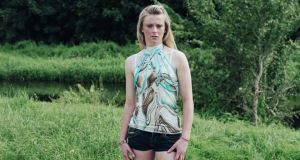 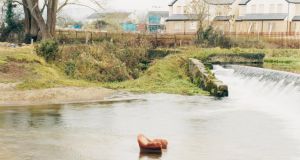 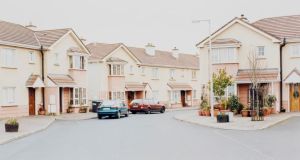 Among the highlights of last year’s outstanding Solas Photography Award Winners exhibition at the Gallery of Photography was a selection of works by Enda Bowe from a project called At Mirrored River. In it, beautifully observed portraits of young people, depicted in their home settings – “a midlands town”, as Bowe puts it – were juxtaposed with images of the town and its surrounding landscape.

Bowe avoided naming the town because he did not want the work seen as a form of reportage. From the selection of photographs on view, it was clearly more useful to think of the overall work in novelistic or cinematic terms. The disparate elements made up a unified structure.

At Mirrored River is now a book, the publication of which coincides with an exhibition of the series at Visual Carlow in July.

Bowe’s novelistic aspirations are confirmed when the series of photographs is looked at as a whole. The portraits are exceptionally direct and informative. He looked for subjects at a certain stage of life: young, but at a point of transition to adulthood, still infused with boundless, optimistic vitality but increasingly aware of the challenges and difficulties of life. Each has lived long enough to acquire a history and a level of experience that colours perceptions and expectations of the future.

We see these individuals embedded, so to speak, in family, community, society. They live in an ordinary world of housing estates, supermarkets, social functions. But the ordinary is leavened with the extraordinary, including the spark of beauty and hope that lights up individuals. And dark currents can run under bland normality: undefined dreads as well as rational fears, clouds that loom over lives.

Bowe is adept at expressing all this metaphorically, as when everyday familiarity is magically coated with snow, or a boat is marooned and drowned close by a weir. He picks up on how hopes and dreams are articulated within the given social and familial circumstances. In the background is the transformative, forward momentum of nature as the seasons progress.

He says he was inspired by the Irish word “teannalach”, which he translates as a kind of focused awareness. You could say that he aims to tune in to the people and places he photographs. As he puts it, it is less about location “and more about mapping the feelings contained within the town”. The book includes John Glenday’s poem The River and a new short story by Belfast playwright and novelist Lucy Caldwell.

At Mirrored River was made over four years as Bowe travelled back and forth, exploring the terrain, tracking the seasons, searching out suitable subjects, discussing the project with them, and picturing them in their homes.

The photographer comes from a similar midlands background. “My mother was a teacher and my father was a Garda sergeant,” he says. “We moved several times, always within an inland orbit: Baltinglass, Carlow, near Athy, Laois. But I spent a lot of time in the west, where my mother’s family are from.”

The rural west was, for Bowe, an education in how “the most ordinary things can be beautiful”. He describes a process of learning how to see. Nothing has changed, but everything is enhanced.

His parents took a practical-minded approach to his future, which is how Bowe came to study medical photography: “I hadn’t really been aware that there was such a subject until I came across it.” That provided him with some technical grounding, but it wasn’t what he wanted to do.

So he went on to London, where he has been since, and began working in advertising, which was “a real apprenticeship”. Commercially, Bowe specialises in lighting design, which he loves. Still, “When it comes to my own work, my aim is to make it appear as if there is no artificial lighting whatsoever.”

All of Bowe’s work is informed by a very particular aesthetic. His acknowledged influences include writer John McGahern and film-makers such as Ken Loach (Kes), Mike Leigh (Secrets and Lies – “I couldn’t get over its emotional rawness”) and Lenny Abrahamson, who has an eye for the ordinary and “never over-dramatises”.

More surprisingly, perhaps, the painter Mark Rothko is crucial. A girlfriend at the time dragged Bowe to see a Rothko exhibition. She didn’t like it nor, at first, did he. Then he got it. Now he sees the Tate Rothkos periodically.

Among his other projects, Kilburn Cherry is a set of photographs of cherry blossoms around Kilburn in London, a meditation on emigration and transience. Together with Don Paterson’s poem Renku: My Last Thirty-Five Deaths, it was published as a limited edition book by Jane & Jeremy. And Coast is a series of people visiting pilgrimage sites on Ireland’s west coast. Evoking the romantic landscape tradition and Rothko’s paintings, the figures are diminutive along shorelines that disappear into the vast expanses of the Atlantic.

Bowe is currently concluding another long-term project. Songs from Boni explores youth culture on both sides of Belfast’s “peace walls”, centred on the celebratory nights of July 12th and August 8th.

What all of these projects have in common, he says, is a concern for “people who are in some way or another wondering where to go with their lives”. This is something he has simply noticed rather than planning it that way.

Despite the years in London, Bowe’s emotional centre of gravity remains in Ireland. “The work that matters to me are all set in Ireland. I always have this strange sense that I am working my way home.”