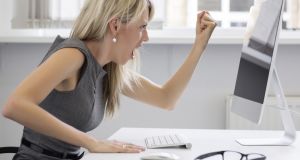 Companies continue to invest in new technologies, but the benefits are no longer visible. In fact, we may have reached a tipping point where each new technology investment must be assessed against a simple test: will it help people get more done?

But these days, productivity growth has declined appreciably. What happened?

Companies continue to invest in new technologies, but the benefits are no longer visible. In fact, we may have reached a tipping point where each new technology investment must be assessed against a simple test: will it help people get more done?

The roots of this problem lie in what’s known as Metcalfe’s Law. Robert Metcalfe is a giant in the technological field. He has hypothesised that the value of a network increases with the number of users squared.

One fax machine, for example, is worthless. Two fax machines are worth only a little.

But a network that includes thousands of fax machines is worth millions, because now all those people can send documents.

Metcalfe’s Law, however, has a dark side. As the cost of communications decreases, the number of interactions increases, as does the time to process them.

Thirty years ago, when executives got a phone call while they were away, they received slips from their secretaries. A busy executive might get 20 a day, or about 5,000 a year. Then came single-user voicemail, followed by multiparty voicemail; the cost of leaving a message declined, and the number of messages rose, perhaps to 10,000 a year.

Then came today’s networks – phone, email and instant messenger – whose cost of communicating is virtually nil. Not surprisingly, the number of messages has burgeoned, perhaps to 50,000 a year.

My colleagues and I have studied these effects. We combed through email, instant messaging, calendar and other data to understand how organisations spend their time. We found a typical supervisor or mid-level manager works 47 hours per week. He devotes 21 hours to meetings involving more than four people and another 11 hours to processing e-communications. So the manager has less than 15 hours a week to do other work.

The original Luddites, 19th-century English textile workers who protested over labour-saving machinery, feared that new technology would eliminate their jobs. But some of today’s office technologies have the opposite effect: They encourage workers to behave in unproductive ways, such as scheduling unnecessary meetings. We recommend considering two factors: nWhat impact will a new technology have on time? Investments that reduce the cost of interactions but do not save time should be viewed sceptically;

nCould better rules eliminate the need for further investment? Today, many technology investments are workarounds for bad behaviours or poor procedures for sharing information. Leaders should assess whether to accept a bad behaviour and invest in new technology to cope with it, or change the behaviour. – (Copyright Harvard Business Review 2016)

Michael Mankins is a partner in Bain & Co