If you’ve a lot to get through by the end of the year, hop to it before Christmas takes over 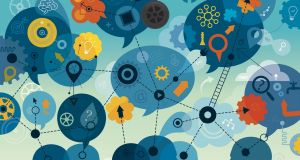 November is also productive but, once the Christmas spirit gets into full swing, productivity starts to fall for several reasons. Illustration: iStock

Productivity rises as the year-end approaches and there’s a final push to get things finished. Output reaches its highest point in autumn, so if you’ve a high pile on your desk, October is the best time to put the pedal to the metal as it’s most people’s most productive month of the year.

November is also productive but, once the Christmas spirit gets into full swing, productivity starts to fall for several reasons. Many people are affected by SAD, (seasonal affective disorder), a type of depression related to changes in the seasons that can affect mood and focus. Christmas also starts to loom large (and not always for positive reasons). People get stressed, the to-do list keeps growing and it’s one of the busiest times of the year for juggling adult and kids’ social diaries.

Shake and stir this combination and you’ve a seasonal cocktail of distraction that affects focus and makes it difficult to get things done. Add in the complication of people taking time off and the run-up to Christmas can be anything but smooth.

According to experts in productivity, the best way to maintain momentum is to address the elephant in the room right now. Acknowledge that Christmas is fast approaching and pull the team together for a meeting to achieve two key things – keep people on message and sort out logistics and housekeeping issues well in advance.

The primary aim of the meeting is to settle people down and refocus them on achieving specific goals or completing particular tasks by a set date in December. Ideally this should be a few days before the official holiday break. This makes it clear that, if everyone gets stuck in now, there will be time closer to Christmas when the pressure will be off.

Secondly, the meeting should be used as an opportunity for people to share their holiday plans so everyone knows who will be missing and when. This allows cover to be provided and helps keep the workflow going. If people have specific obligations around this time and are going to need time off, put it on the table to avoid bad feeling if someone else has to pick up the slack and do overtime.

The holiday season is an opportunity for companies to prove just how family friendly they are, as parents may well have commitments such as school concerts to get to. Offering employees the option of flexitime in December could relieve a lot of pressure and could even improve rather than dent productivity, as there is an immediate payback for their efforts.

Rigid working hours may be the norm, but they’re not necessarily the best way of maximising efficiency. Nobody works at a constant pace for their entire working day or week.

November 2017 research by US software company, Redbooth, (which focuses on helping teams to manage tasks easier and faster) shows that Monday is the most productive day of the week, closely followed by Tuesday. On both days, the percentage of tasks completed was just over 20 per cent. This drops to 19.3 per cent on Wednesday, 18.6 per cent on Thursday and to 16.7 per cent on Friday.

In terms of the most productive hours within those days, about 75 per cent of us are most mentally alert between 9am and 11am. Between 2pm and 3pm is the lowest energy point, while concentration and focus drop significantly after 4pm.

Organisations are constantly looking for improvements in productivity and efficiency, and looking over their shoulders to see who is doing it better. In addition to analysing the working week, Redbooth also used anonymised client data in 40 countries over a three-year period to look at which countries work fastest and get the most done.

Ireland didn’t figure in its sample but the UK did, and the average number of days it took there from task creation to completion was 15.4. In France it was 16.6 and in Germany it was 20.2. (This was attributed to a shorter working week). Peru came top of the list at 10.2 days and the UAE at the bottom at 23.8 days. Sweden was the best-performing European country at 13 days.

The research also looked at the total rate of task completion and this produced different rankings. On this table, the Czech Republic was first at 84.5 per cent followed by Finland and China. The UK was ranked 15th out of 15, with a completion rate of 75 per cent.

Russia had the lowest finishing rate at 59.3 per cent of all tasks, followed by India, the Philippines and Peru. China was one of the few countries in the sample to exhibit both a fast work and a high completion rate.

Keep your end of year “to do” list short

There’s a temptation about now to write a year-end to-do list and, while it’s a useful aid for focus, it’s not the time to let it morph into a wish list for all you should have done in 2018. Instead, prioritise the things you want to get done before Christmas and drop the things that can wait until the new year.

The psychological relief of reducing mental clutter has a big knock-on effect on how positive you will feel starting the new working year.