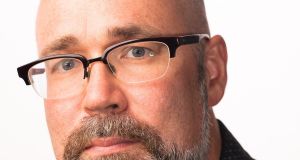 He is one of a line of senior executives speaking out on the importance of encryption following Apple’s battle with the US government over an iPhone used by gunman Syed Farook in last year’s shootings in San Bernardino.

Mozilla was one of more than two dozen tech companies that filed legal briefs supporting Apple, although the FBI ultimately withdrew its request for help and said it had broken the phone’s encryption with the help of a third party.

Speaking to The Irish Times last week, Surman said engaging the public in the debate about encryption would be vital over the coming decade.

“We have set out as a priority for this year to say we want to have a broad public conversation about privacy. If we want the public to be able to make informed decisions when policy issues around things like encryption come up, we really need to engage in a public education campaign,” he said.

Governments all over the world were coming up with new laws or particular “asks” that challenged the fundamental security of the internet, he said. “That ultimately puts us all at risk.”

People need to begin thinking: “It’s part of my everyday life and I value it.”

Asked if Mozilla – developer of the Firefox browser – had ever been asked to put back doors into software, Surman says it had not directly but that the industry “generally” is under that kind of pressure.

He believes Mozilla’s position as something of a “social movement” as well as a product organisation with a historical stance on privacy puts it in a different category to others.

“What we can do is stand with the tech industry but also with the citizens of the internet to say privacy and encryption are things that matter.

“There are many potential threats to the internet, as an open platform that all of us use, on the horizon. That could be balkanisation of the internet, as people slice it up; or there could be the kind of walled gardens or stunted internet that Facebook is offering to poorer users in Africa or Asia.

“It could be governments not understanding what they are doing and passing laws or asking companies to do things that will break the internet. All those things are serious.”

Asked whether he considers encryption and privacy a “value proposition” for companies, Surman says it is “good business” to put people in control of their digital lives.

“When companies stand up for encryption it does make them more attractive to customers, but they are also standing up for an issue that matters to all of us.”

He admits many people are not really sure they know enough about privacy and encryption and how to protect their own information.

“The key is to educate them and give them better, more accessible, simple tools.”

He adds that the industry has not done enough yet in the area of online tracking, for example. “I think what we need to do is to step up as an industry to educate people and to give them better, simpler tools for privacy and we’re trying to lead the way.”

The Mozilla director says some three million people have so far viewed and shared a series of educational videos it has produced on privacy and encryption.

1 Donohoe’s new role, House of Ireland shuts, and being indispensable at work
2 ‘Sad day’ for House of Ireland as tourism retailer goes out of business
3 ‘My rent here is so low it’s a joke’
4 Paschal Donohoe’s election as Eurogroup president ‘a great win for Ireland’, says Taoiseach
5 Caveat: The tourism sector deserves to be taken more seriously in this crisis
Real news has value SUBSCRIBE