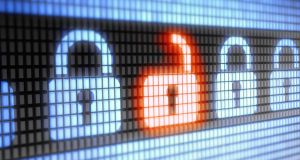 According to IT leaders, shareholders will soon come to expect detailed information on how data is captured, managed, used, and most importantly, protected

conducted by Amárach on behalf of BT Ireland, also reveals that 62 per cent of Irish IT leaders think a company’s data management capabilities will soon be considered as important to investors as profits and assets are.

According to IT leaders, shareholders will soon come to expect detailed information on how data is captured, managed, used, and most importantly, protected. With concerns over data breaches growing, IT leaders surveyed said they believed a data breach to be the single worst event that could happen to a company, rating it four times more damaging than the unexpected departure of a chief executive and twice as bad as a profit warning, product recall or major service outage.

Some 62 per cent of the Irish IT leaders surveyed for the study also admitted to finding it difficult to keep pace with technological change and felt they were underestimating the level of change to their role.

“As technology transforms businesses globally, it is clear that data management, specifically how data is used and secured is going to be crucial for companies, their investors and shareholders alike,” said Shay Walsh, managing director of BT Ireland.