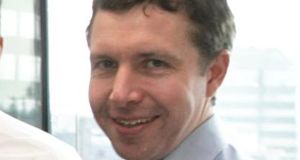 Mr Long has joined with Irish venture capital firm Tribal.vc and Enterprise Ireland to invest in PropelAd, an emerging leader in digital advertising automation for small and medium businesses (SMBs).

PropelAd, which is led by Dubliner Charlie Ardagh, will use the funding to support product development and service expansion for online retailers. Mr Ardagh co-founded and sold two telecoms businesses before co-founding his new enterprise with Gary Rafferty.

It has 1,200 clients, including fashion retailer Laci Street, The Net Return, a maker of training nets for golfers, and The Loop Loft, a boutique music sample shop.

“SMB eCommerce merchants are driving massive growth for Facebook, and the PropelAd team provides a solution to make their advertising campaigns easier to set up and run,” Mr Long said.

“They are putting all of the sophisticated targeting and tracking capability normally reserved for larger well-resourced companies into the hands of smaller business owners.

“As an investor, I see the potential for the company to experience rapid scale as the SMB eCommerce sector grows exponentially in the next 24 months.”

Mr Long stepped down from his position at Facebook last October. The Derryman was Facebook’s first Irish employee and helped set up the social network’s Dublin operations before moving to its global headquarters in Menlo Park, California.

Mr Ardagh, PropelAd’s founder and chief executive, said: “Our mission is to give merchants expert advertising results . . . Digital advertising is complicated, and we want to make it easy and accessible to the growing number of SMB online companies.”

Mr Ardagh said Mr Long was “a world class exec and knows how to scale a business. His input is invaluable to a company like ours”.