Next Lottery operator ‘must be based in Ireland’ 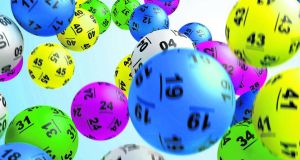 Minister for Public Expenditure Brendan Howlin said the next lottery licence holder would be obliged to incorporate as a company in this jurisdiction and, for the first time, to pay corporation tax. Photo: istock

The State’s next lottery operator will be required to base its operation in Ireland for corporation tax purposes, Minister for Public Expenditure Brendan Howlin has said.

The Minister also said he was confident the new licensing arrangements would boost the annual contribution to good causes by up to €75 million within five years.

Mr Howlin said the next licence-holder would be obliged to incorporate as a company in this jurisdiction and to pay corporation tax for the first time.

He was responding to concerns that if an international operator wins the licence, it may attempt to run the franchise from abroad and to avoid its full tax liability here.

Another issue relates to the fate of the 107 National Lottery staff and what obligations the new incumbent would have towards them. “Staffing is a key issue here and the matters involved are being discussed as part of a process being chaired by the Labour Relations Commission, ” Mr Howlin said.

He declined to comment on speculation that the sale may net the State €300-€400 million, other than to say he regarded the licence as “very valuable” and expected this to be borne out when bids are received in September.

“The arrangements that we will enter into will see an alignment of interests so that the lottery operator can grow but in a responsible manner, retailers will reap benefits from such growth and see their margins protected, and the amount raised for good causes will also grow.”

Mr Howlin said he was confident the next operator would be in a position to increase the amount given to good causes from €225 million a year now to €300 million within five years on the back of more favourable licensing terms.

The annual contribution to such causes will be set at 65 per cent of gross gaming revenues, rather than a percentage of overall turnover in previous years. “This will offer the new licensee greater scope for the growth and development of lottery games and distribution channels.”

The motivation to market certain products with high payout ratios, such as scratch cards and online games, would be limited if the next operator was committed to return a fixed percentage of sales to good causes, Mr Howlin said.

1 Remote working doesn’t suit everyone, and it exposes woolly leadership
2 Coronavirus: Construction sector most significant part of new shutdown
3 Can husband keep savings and half the house in divorce?
4 Rivian takes on Tesla with big batteries and subtler approach
5 Volkswagen burning through €2bn in cash per week
6 AIB shelves plan for maintenance and transactions fees
7 UK needs to be honest about its Covid-19 strategy
8 Wetherspoon’s panto-villain chairman may have the last laugh
9 How to . . . move (almost) everything to your new phone
10 Will Covid-19 force Primark to rethink decision not to sell online?
Real news has value SUBSCRIBE