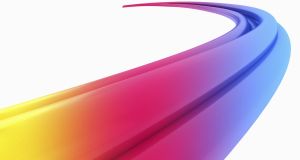 John Malone-backed Liberty Global has offered to buy Cable & Wireless Communications for £3.6 billion (€5.1bn) to extend its reach in the Caribbean.

Cable & Wireless had more than six million customers as of March, primarily in the Caribbean, Panama, Monaco and the Seychelles. The combined business would serve 10 million video, data, voice and mobile subscribers, Liberty Global’s chief executive Mike Fries said in a statement.

Liberty Global has been growing through acquisitions. It bought Ireland’s TV3 television station earlier this year, Dutch cable operator Ziggo NV last year and British cable group Virgin Media in 2013. The Cable & Wireless deal comes nearly two months after Liberty Global and Vodafone ended talks regarding a swap of assets as they could not agree on valuations. The company raised its stake in ITV Plc to 9.9 per cent in July but squashed rumours of a takeover. Cable and Wireless said the Liberty Global offer values the company at about $8.2 billion, including debt.

1 Google tells workers to return to country where they are employed
2 Sean Quinn stunned at rebranding of Quinn Industrial Holdings
3 Probate is changing: What does that mean for you?
4 Will tracker mortgage be at risk if Ulster Bank closes?
5 Three Ireland switches on 5G network around the country
6 Whistleblower warned EY of Wirecard fraud four years before collapse
7 Me & My Money: ‘Money can’t buy you happiness but it can make life a lot easier’
8 Seán Quinn on rebrand, Irish golf tourism wipeout, and probate changes
9 Irish golf tourism faces ‘wipeout’ unless Covid travel restrictions eased
10 Cliff Taylor: Jobs crisis set to be lingering legacy of Covid-19
Real news has value SUBSCRIBE