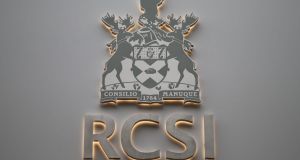 The Royal College of Surgeons in Ireland has been sued after awarding Na Fianna GAA a contract to manage its sports facilities. Photograph: Nick Bradshaw

A company that currently manages a sports grounds for the Royal College of Surgeons in Ireland is asking the Commercial Court to set aside the awarding of the management contract to a GAA club.

SGM Management Ltd is seeking orders suspending the awarding of the contract for the running of the 20-acre Dardistown Sports Grounds, beside Dublin Airport, to Na Fianna GAA Club. The application is brought under EU procurement regulations.

The case was admitted on consent to the High Court’s fast track commercial list on Thursday by Mr Justice David Barniville.

SGM director Robbie Collins said in an affidavit that he began working as an employee of the College of Surgeons (RCSI) in 1991 and later under a contract as Robbie Collins Incorporated Sportsground Management. At the request of the RcSI in 1999, he says, the business was incorporated as SGM Management.

Mr Collins said his company was involved in the supervision and maintenance of the grounds which were used by RCSI students for training and home games.

In 2016, he says, the college moved the bulk of its sports activities to the Railway Union grounds in Sandymount, with Dardistown continuing to be used by it when needed.

This meant there was an increased emphasis on making Dardistown available to third parties. Mr Collins said he entered an arrangement with Na Fianna under which would rent training hours in Dardistown for some of its teams.

He says this generated considerable income for the RCSI in 2018.

In February last year, he was told by the RCSI that Na Fianna was prepared to take over the management of Dardistown and the college was favouring the proposal.

Last December, the RCSI said it would proceed with the Na Fianna arrangement and refused to give undertakings, requested by SGM, not to enter the new contract, he says.

Mr Collins says he was left with no choice but to issue proceedings given the RCSI’s stated intention of awarding the contract without adherence to proper public procurement procedure.