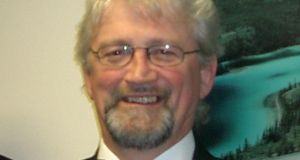 A rise in the use of the internet to book travel, and a dramatic decline in consumer spending on leisure and business, left Shandon Travel managing director Michael Doorley facing a “sink or swim” scenario at the beginning of 2009.

Doorley set up Shandon Travel in 1974, having worked for various travel agencies since finishing school and deciding he wanted to be his own boss. The company now has 32 staff and five retail shops in Cork city and county under the brands Shandon Travel, SAYIT travel and West Cork Travel, including tour operating divisions to France, Cuba, India, South and Central America.

In 2012, the firm scooped the Most Innovative Travel Agent gong at the Irish Travel Industry Awards, an award voted for by travel professionals throughout the country.

Doorley set up Student and Youth Independent Travel (SAYIT) in 1994 after noticing a gap in the student travel and J1 market.

“I looked at the overall travel market in Ireland and one area stuck out like a sore thumb. One travel company had total dominance of J1 visas and student flights, so I decided to try and break that monopoly.”

Learning curve
“It was difficult at first, as all the Government agencies kept referring us to that company. We now hold a third of the market share for student travel.”

The recession hit the travel industry hard in early 2009, resulting in the collapse of some big travel companies according to Doorley.

“By mid-January 2009 we saw a substantial fall off in our daily business and in particular in forward business.”

He said economists believed that in a recessionary economy, travel and tourism would suffer more than most sectors.

“Consequently, some travel product suppliers had a knee jerk reaction to the recession in the Irish economy and began looking for security guarantees that they did not require before the recession, and these were new demands on top of the decline in business.”

“We didn’t take a knife to the overheads – we used a machete. My attitude was to steady the ship in 2009 and then look for renewed growth and continue chipping away at reducing overheads.”

This meant closing retail offices, reducing staff numbers from 50 to 32, introducing wage cuts, negotiating rent reductions and better deals with suppliers, cutting all other overheads. A reduction of more than 50 per cent in overhead costs was achieved.

“Wages account for 60 per cent of our overheads so it was important to take control of that cost. We also closed three of our stores.”

The next step was to take a fresh look at what was happening in the industry. “We identified three areas where there were some green shoots in the industry – cruising, the over-55 markets and business travel.”

He set up a Cruise Centre on Cork’s Marlboro Street, which resulted in a huge increase in cruise bookings.

The company then became one of the first travel agents in Ireland to invest in the newly identified over-55 holiday market. Under a scheme backed by the Spanish government, Shandon began to offer subsidised off-season packages to the Costa del Sol to consumers over 55 years. This proved a huge success and helped to fill the gap left by the fall off in traditional winter holidays.

“The Spanish government started to offer subsidised holidays for senior citizens. Only eight of us in Ireland picked up on it, and we were the only ones in Cork.”

Doorley built the customer base from 500 holidaymakers travelling on subsidised packages to Spain between October and April, to more than 2,000.

He revitalised the business travel division under the brand Business Travel Online (BTO) and invested heavily in technology to bring online booking and reporting facilities to SMEs and larger companies.

Online’s the business
“Companies using the BTO online facility have total control over their travel costs, travel policy and reports, and only need to contact us for complicated itineraries.

“This initiative has helped to add new business and, even though the margins are very tight, every little bit helps.”

Another initiative was the development of their own hotel booking online service, due to launch next week under the brand travel247hotels.ie.

And his biggest success to date? “Counteracting the fall off in consumer spending by looking to the UK family holiday market.

“For 20 years we have offered family holidays to the mobile home parks in France. Our supplier also offered this product in the UK market but with limited success. Shandon has now taken over this UK operation and are selling their family holidays directly to UK consumer with considerable success.”

Doorley says it is still necessary to analyse new opportunities on a regular basis and critically review overheads monthly. He says the past five years have taught him more about managing a business than the previous 35 years of running a business put together: the learning has been tough but at the same time rewarding.

“It has taken a lot of hard work and pain at times to have gotten where we are nearly five years down the road, and all 32 staff have played their part in that.”