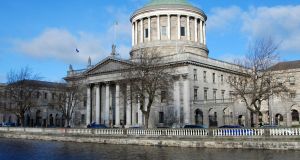 The judge said Mr Rule’s failure to call for his client’s underlying accounts or for the records held by the accountant was “manifestly unacceptable”. Photograph: iStock

A personal insolvency practitioner who provided misleading information about the income of a man he was representing will have to pay €6,000 in legal costs, the High Court ruled.

The conduct of practitioner Daniel Rule, of McCambridge Duffy, “well justified” an order for full costs being made against him, Mr Justice Denis McDonald said.

However, the judge said, this was the first time an issue like this had come before the court and while Mr Rule had not satisfactorily explained his conduct, “he has shown genuine remorse and regret”.

In those circumstances, the judge said the appropriate order was that Mr Rule should pay Tanager DAC €6,000.

While only “a fraction” of the costs the fund actually incurred in opposing the insolvency arrangement, that sum represents two-thirds of the fee the practitioner would have earned if the arrangement had been successful, he said.

Mr Rule had formulated an arrangement for self-employed Ciprian Varvari for his debts, 95 per cent of which were owed to Tanager and secured on his family home.

The Circuit Court rejected it and the High Court likewise rejected it following an appeal.

Tanager then applied to the High Court for its legal costs arguing Mr Rule did not carry out adequate due diligence to establish Mr Varvari’s income. The application was doomed to fail, it also said.

Mr Justice McDonald said in this case, it emerged the information relied upon by Mr Rule was a prescribed financial statement from Mr Varvari as well as a short accountant’s letter stating what his estimated income for 2017 would be.

The judge said the only other investigation carried out by Mr Rule was a phone conversation he had with the accountant.

It was quite clear that information put before both the Circuit and High Courts by Mr Rule was wrong, he said

The judge said Mr Rule, in affidavits explaining his position, had “remarkably” stated that his evidence reflected his assessment of Mr Varvari’s income at the time.

Notwithstanding what Mr Rule had claimed, he had not in fact verified the financial circumstances of the debtor in accordance with personal insolvency protocol, he said.

Mr Rule also said he was “unhappy the income was not as per my verifications” when the High Court appeal came on. He said it should not have occurred and apologised.

The judge said Mr Rule sought to suggest it was appropriate for him to rely on the services of Varvari’s accountant but “that suggestion does not stand up to scrutiny” and was not in compliance with protocol.

Mr Rule’s failure to call for Mr Varvari’s underlying accounts or for the records held by the accountant was “manifestly unacceptable”, the judge said.

Mr Rule had also extolled the practices of his firm and suggested “they are superior to those of other practitioners,” but there was no evidence to suggest he had very strict procedures in place to verify income, the judge said.

The judge said the affidavits in which he made these claims were “plainly misleading”.

Had basic steps been taken by him, it would also have been plain there was no basis to pursue the Circuit Court case. This wholly unsatisfactory position was compounded by the appeal to the High Court, he said.

In ordering he pay €6,000 in costs, the judge said this should not be taken as a precedent for future cases. Practitioners will now be more aware of how they might find themselves liable for costs and there is no reason why they will not be fixed with a more significantly liability in future such cases.

1 If you think governments are spending money now, just wait
2 Coronavirus: Construction sector most significant part of new shutdown
3 British exceptionalism backfires in style as Johnson tests positive for coronavirus
4 Remote working doesn’t suit everyone, and it exposes woolly leadership
5 Retail landlords worried rents will dry up during Covid-19 crisis
6 Mobile, broadband suppliers to be given extra radio spectrum
7 Can husband keep savings and half the house in divorce?
8 Volkswagen burning through €2bn in cash per week
9 ESRI’s scary analysis may not be scary enough
10 UK needs to be honest about its Covid-19 strategy
Real news has value SUBSCRIBE
Save money on international transfers