Does Help-to-Buy scheme offer anything for returning emigrants? 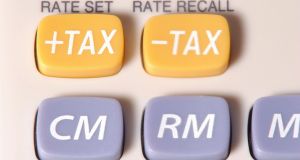 I am looking to build a house with my partner (soon to be husband) in the next one or two years.

We moved back to Ireland in April 2016 and October 2015 respectively, and so have only started paying income tax since then.

If the latter applies would we qualify at all or would we be better off waiting until 2018/2019 to get full benefit of the 5 per cent?

You are in the same position as many people who had hoped for a helping hand in Budget 2017 – people who have returned home since the economy picked up and who are looking to buy a home only to be frustrated by rising prices, tighter Central Bank rules on lending and the wariness of many banks on mortgage lending right now.

The precise detail of the Help-to-Buy rebate scheme will not be entirely clear until the Finance Bill is passed. This is the legislation which translates budget measures into law. The Bill is expected to be published later this week, though that remains to be seen.

At that stage Opposition parties, including Fianna Fáil which has a strong say in budgets under this particular Government, may propose amendments and that could alter the shape of the final legislation – and the Help-to-Buy scheme.

At this stage the biggest bugbear for the Opposition appears to be the fact that people can buy homes up to a value of €600,000 – which does appear ambitious for any first-time buyer seeking financial support from the State.

In relation to the specifics of your question, what we do know as of now is that people building or buying a new home in 2016 will be able to apply for a rebate over the previous four years – i.e. 2012-15, not 2011. If you buy or build in 2017 the tax years for which a rebate is possible is 2013-16, and so on. In other words, you can apply for a rebate for the four full tax years prior to the year you are buying or building.

As the scheme is currently slated to run to 2019 you could use the years 2015-18 and still build in 2019 – unless someone changes the rules which is always possible with budget measures, especially with a fragile Government and with the property market in general.

How much of a rebate you can claim in any one year will likely be set down in the Finance Bill but, assuming you have both paid sufficient tax, your partner could claim at least a partial rebate for 2015 and 2016 and you could claim for 2016 once the process opens for applications on January 1st next.

If you can wait a year longer you are likely to have more of a rebate to avail of.

Keep an eye on the Finance Bill and any changes to it. It will all be passed into law before the window for applications under the scheme opens at the start of 2017.