Is buying as a “crowd” really going to save you money or is it just a nice gimmick to win more customers? 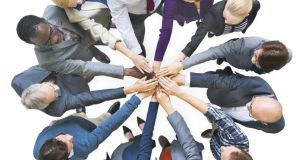 Coming together: consumers are coming together not just to get a deal on a holiday, but to cut their bills, buy a property and get cheaper medication. It’s all about the “crowd clout”

Group purchasing came to prominence some years ago, as the likes of Groupon and Living Social promised knock-down prices for everything from a hotel break, to a meal to a new kitchen appliance, as long as a certain number of people signed up to the deal.

Now consumers are coming together not just to get a deal on a holiday, but to cut their bills, buy a property and get cheaper medication. It’s all about the “crowd clout”. But is buying as a “crowd” really going to save you money or is it just a nice gimmick to win more customers? We take a look at some of the options.

Cheaper drugs Just over one year old, Healthwave, based in Dublin’s Dundrum town centre, promises to offer the same drug prices available in Northern Ireland to Irish consumers. It operates under a “club” model, with members paying an annual subscription for a “Healthpass”.

By grouping together, members can avail of cheaper prescription drugs. Membership fees are as follows: €25 a year for each adult or €60 a year for each family ( two adults and children under 18).

Once you have this Healthpass, you are promised access to a range of medications which, Healthwave says, are 50 per cent cheaper on average. It says that a typical Healthpass member will save between €200 and €500 a year, while some have even saved up to €100 a month.

According to founder Shane O’Sullivan, the club now has 10,000 members, which means that it has recently been able to renegotiate deals with some suppliers to get even better prices. Now a second branch is in his sights.

Until then, however, Healthwave is running a courier service, which means that if you’re not close to Dundrum, you can get a repeat prescription delivered four times for free anywhere in Ireland; after that a fee of €5 applies.

According to O’Sullivan, the introduction of this service means that about 30-40 per cent of the pharmacy’s business now comes from outside Dublin and it is likely to grow even further, given the launch of its new mobile pharmacist service. The service, which will allow customers to book a home visit from a Healthwave pharmacist, is to be rolled out nationwide, with pharmacists already in place in Dublin, Cork and Galway.

Healthwave delivers savings because it dispenses generic medication, rather than the more expensive brand name alternatives. It also says that it does not impose dispensing fees, which pharmacies typically do. The pharmacy recently reached a deal with the Carers Association, giving members of the association a free Healthpass.

What savings can you make? Well, if you have a prescription for the cholesterol drug Crestor, you could save by swapping it for its generic equivalent Rovuvastatin, which will cost between €4.95- €9.95 for 28 days supply, depending on its strength. Similarly, you can get six tablets of the migraine drug Zolmitriptan (equivalent to the branded Zomig) for €9.95.

Remember, though, that you may not need to join a “club” like Healthwave to avail of lower prices for generic drugs and you should be able to ask for them in your local pharmacy. However, the prices may not be as competitive, so shop around before making your decision.

Property Teaming up to purchase property is an idea which has had some success in Britain, and now it looks like it is coming to Ireland.

Property crowdfunding brings investors together to buy properties for the buy-to-let market or to invest in development projects. The property management is outsourced and the investors receive a monthly rental income when the property is rented. When it is sold, any capital growth is shared between investors.

The advantage for investors is that it allows them to join a syndicate type of structure for as little as £500-£1,000, thus diversifying their portfolio and offering the potential for significant gains.

Typically, the company facilitating the deal will take a fee and a slice of the capital growth in the property. Property Moose for example, takes 5 per cent of the funds raised, plus 15 per cent in any capital growth. Each property will typically be held for a fixed amount of time.

Another operator is the House Crowd, which has 3,000 members. Some of its recent purchases include a retirement apartment with guaranteed rental for £92,000 and a four-bed property in Liverpool for £87,000. It has raised £7.2 million to date, with an average investment of £8,914, and purchased 100 properties.

A successful investment with a British property crowdfunding operation convinced Niall Treanor of the merits of the platform and he has now taken some tentative steps in bringing the platform to Ireland.

MoneyCrowd.ie will allow people to invest in Irish property for as little as €1,000. According to Treanor, the investment will be structured as a limited company, which purchases the property outright and carries no debt such as a mortgage.

A computer engineer by training, Treanor is currently looking for the company’s first investment, likely to be a mixed use development between the canal and Dublin city centre for the order of about €200,000.

For Treanor, a key advantage of the approach is that it allows people to allocate their money to different properties, thus reducing the risk of “putting all their eggs in the one basket”.

Investors will have two options to invest:

1) to invest as a preference shareholder for a fixed return; or

Treanor’s proposal has already attracted interest. He says low interest rates are a factor in people seeking out higher-yielding – if riskier – investments.

Just like any investment, property crowdfunding can be risky and potential investors should consider carefully before investing. The advantage of the structure is that each property is owned by a limited company, which mitigates against the impact of problems in other properties having a knock-on effect, and there is no debt.

However, property investing is not without risks and, as syndicate members discovered to their dismay in the past, buying as part of a group can be a difficult experience if things don’t go to plan.

Describing itself as a “for-profit-with- purpose enterprise”, One Big Switch negotiates on behalf of people who sign up for the service, promising that “the more people we have, the better the discounts may be”. It earns its crust by taking a fee from the organisations it agrees to offer discounts with – after all, if you can promise some 60,000 people will switch to a provider, you have some negotiating power.

So far, some 70,000 people have signed up for the campaign, looking to avail of the discounts. But are consumers getting a good deal by joining the campaign or would they be better off negotiating on their own?

As mentioned, One Big Switch is a “for- profit” company, which means that it is in the business of offering discounts to earn money. It does this by earning a commission on each deal, which begs the question as to whether or not an individual could negotiate a similar deal on their own behalf.

In Ireland, the company has been cagey on the level of commission it earns, but is more open in Australia, where the company was launched in 2011.

According to the Australian operation, “all offers disclose the commission or fee that One Big Switch will be paid if a member takes up a product or service.”

Indeed, typical commission is understood to be of the order of $60-$135 on each account (€41-€92.50), while a recent health insurance deal, with health insurer Nib, saw the company earn commission of “up to $200 from Nib for each member who takes up the offer”. On that basis, a deal garnering 20,000 switchers could net the company the order of up to €2.7million (€137 for each account).

There may also be privacy concerns, as by registering to being a member of One Big Switch, you “expressly consent to receiving electronic and telephonic communications from us or a third-party partner for the direct marketing purposes”. And if you want to opt out, you have to contact the company to do so.

There can also be tricky points in the fine print. Its first deal was with Bord Gáis, for example, and it offered €80 cashback at the end of the year if you switched to the utility company for your electricity. This was on top of the 10 per cent discount Bord Gáis already offered those switching, while existing customers were also be entitled to a lower benefit – 5 per cent discount on energy prices and a €40 cashback.

However, a drawback of the offer was that you had to pay by direct debit and by “level pay” – this means that you pay the same amount every month for your gas, based on your previous year’s rate of consumption.This helps even out the costs of usage during the winter months, but may end up with Bord Gáis in effect borrowing some money from you.

The group’s latest initiative is in health insurance. One Big Switch founder Oliver Tattan has signed up with GloHealth – of which he is a co-founder and non-executive member – and is set to offer a deal for beleaguered consumers who are frustrated from paying so much for health insurance.

Its health insurance deal will have a slightly different structure, as legislation precludes health insurers from offering certain discounts to particular groups, and any discounted products have to be made available to all.

As such, One Big Switch will share any commission it earns on the deal with its customers, so it will work as a form of rebate to members, in the form of a cheque.