Searchable database displays more than 200,000 entities from the Panama Papers

A timeline of the relationship between Sergei Roldugin and Vladimir Putin, and how it could influence the wealth of the Russian president. Video: Mein Unternehmens Film Frish & Knackig 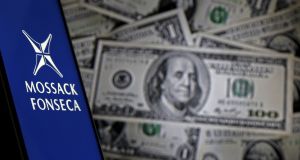 The International Consortium of Investigative Journalists (ICIJ) has published a searchable database (https://offshoreleaks.icij.org) that strips away the secrecy of nearly 214,000 offshore entities created in 21 jurisdictions, from Nevada to Hong Kong and the British Virgin Islands.

The data, part of the Panama Papers investigation, is the largest ever release of information about offshore companies and the people behind them. This includes, when available, the names of the real owners of those opaque structures.

The database also displays information about more than 100,000 additional offshore entities the ICIJ had already disclosed in its 2013 Offshore Leaks investigation.

The ICIJ is publishing the information in the public interest.

The data the ICIJ is now making public represents a fraction of the Panama Papers, a trove of more than 11.5 million leaked files from the Panama-based law firm Mossack Fonseca, one of the world’s top creators of hard-to-trace companies, trusts and foundations.

The consortium is not publishing the totality of the leak, and it is not disclosing raw documents or personal information en masse. The database contains a great deal of information about company owners, proxies and intermediaries in secrecy jurisdictions, but it does not disclose bank accounts, email exchanges and financial transactions contained in the documents.

In all, the database reveals more than 360,000 names of people and companies behind secret offshore structures. As the data are from leaked sources and not a standardised registry, there may be some duplication of names.

The data was originally obtained from an anonymous source by reporters at the German newspaper Süeddeustche Zeitung, who asked ICIJ to organise a global reporting collaboration to analyse the files.

More than 370 reporters (https://panamapapers.icij.org/about.html) in nearly 80 countries investigated the files for a year. Their investigations uncovered the secret offshore holdings of 12 world leaders, more than 128 other politicians and scores of fraudsters, drug traffickers and other criminals whose companies had been blacklisted in the US and elsewhere.

Their status as outlaws or public officials did not prevent them from obtaining shell companies in locales where secrecy laws often make it impossible for prosecutors and other investigators to trace their assets.

The files revealed, for example, that associates of Russian President Vladimir Putin secretly shuffled as much as $2 billion through banks and shadow companies.

The reaction to the Panama Papers was immediate and viral.

Outraged citizens took to the streets in Reykjavik, Malta and London while the hashtag #panamapapers trended on Twitter for days after the story broke on April 3rd.

The prime minister of Iceland resigned over the British Virgin Islands company he co-owned with his wife, while other world leaders scrambled to explain their secret holdings.

It took UK’s prime minister David Cameron three days to publicly acknowledge he had profited from an investment fund, created by his father, that was incorporated in Panama and managed in the Bahamas.

In Spain a minister resigned after being caught in a series of lies about his connections to offshore, and in Uruguay police arrested five individuals suspected of laundering money for a powerful Mexican drug cartel.

The Panama Papers underscore the fundamental injustices and inequalities created by the offshore system, media commentators and political leaders say.

“When taxes are evaded, when state assets are taken and put into these havens, all of these things can have a tremendous negative effect on our mission to end poverty and boost prosperity,”

Jim Yong Kim, the president of the World Bank, said as he opened the spring meetings of the World Bank and IMF in Washington soon after ICIJ and more than 100 other news organisations, including The Irish Times, began revealing the results of the media collaboration’s investigation.

President Barack Obama, meanwhile, pointed out that the biggest problem was that many of the schemes revealed by the Panama Papers were legal. “It’s not that they’re breaking the laws, it’s that the laws are so poorly designed,” he said.

The revelations reignited the debate about the need for public registries in which information about who ultimately controls a company be accessible to all. The UK has made disclosure of beneficial owner data mandatory and public, but British overseas territories such the British Virgin Islands and the Cayman Islands, some the busiest offshore havens, have agreed to share that information by law enforcement.

Citing the Panama Papers, the US government also announced on Thursday that it has sent legislation to Congress to create a centralised federal registry of the actual owners of any newly created company.

The registry would help law enforcement authorities ferret out the real people behind anonymous companies used in money laundering and other wrongdoing.

The governments of Australia and Germany have said that they too intend to create public registries of company owners.

On Friday, the anonymous leaker of the Panama Papers, known only as “John Doe, ” spoke publicly for the first time in a written statement and called out for concrete steps to combat tax havens .

“In the European Union, every member state’s corporate register should be freely accessible, with detailed data plainly available on ultimate beneficial owners,” the source wrote. Doe added that the US “can clearly no longer trust its fifty states to make sound decisions about their own corporate data.”

The searchable database that ICIJ publishes today allows users to explore the networks of companies and people that used – and sometimes abused - the secrecy of offshore locales with the help of Mossack Fonseca and other intermediaries. The leaked data covers nearly 40 years, from 1977 through the end of 2015.

The data, which includes postal addresses, displays links to more than 200 countries and territories, from China to Chile.

Users can filter the information by country and by offshore jurisdiction. They can also explore the role of banks, law firms and other gatekeepers of the financial system in facilitating the creation of offshore companies for high net worth individuals.

For the first time, they can see details about shadowy Panamanian private foundations, including when available information about who controls them.

While the database opens up a world that has never been shown in this much detail, not every owner of a company that appears in the Panama Papers shows up in the public database.

This is because ownership information is often buried in emails, power-of-attorney letters and internal notes of Mossack Fonseca employees and cannot easily be extracted in a systematic manner.

In addition, Mossack Fonseca often failed to collect the necessary information about the ultimate owners of companies, relying instead on banks and other intermediaries to keep track of that essential data.

Still, it is expected that Panama Papers revelations will continue to surface as regulators and ordinary citizens from around the globe probe the newly available data and find new connections that may have escaped reporters. Concerned citizens are encouraged to share tips with ICIJ and the Panama Papers journalists who continue to investigate the documents. The full dataset is also available for download: https://offshoreleaks.icij.org/pages/database.

“Transparency is not going to move backward,” Kim said in his World Bank spring meetings remarks, warning that those trying to avoid taxes or steal money from public treasuries should be “very careful” because they will eventually be tracked down.

“The world is only going to become more and more transparent as we move forward.”