The New Innovators column focuses on new products, services and technologies from Irish start-ups. It has been running since 2010 and we ask some of those featured since then how they’ve fared since 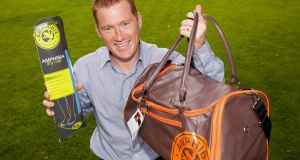 Amphibia’s Adrian McGreevy: “Times are still tough and it’s about hanging in there until we can build scale.” 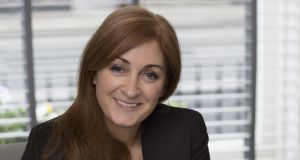 Pharmapod’s Leonora O’Brien: “You have to become a hurdler when you start a business and funding is one of the hurdles to be jumped.” 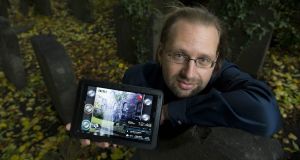 Haunted Planet’s Mads Haahr: “We’re changing our product from game engine (making our own games) to being a platform others can use to make games.” 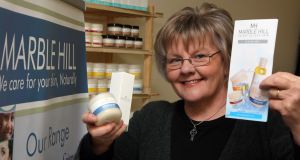 Adrian McGreevy launched Amphibia sports in 2010 and while his business is growing steadily, he is still not making money from it. “If it wasn’t for my very patient wife, I would have had to give up before now,” he says. “Any money we make is being reinvested and the most challenging part of the job is still getting paid.”

Initially Amphibia’s products were aimed at triathletes and watersports enthusiasts. However, recognising this market has its limits, McGreevy has extended the product range and now has 12 items (from dry mats to equipment bags to waterproof pouches and ring guards) that appeal to swimmers, cyclists, runners and general sports enthusiasts.

“Two things have been a lot more difficult than I had envisaged,” he says. “Nobody makes these type of products locally so I have to buy from China. In general, their customer service, quality-control processes and innovation are very poor. I waste a huge amount of time dealing with issues at the ‘back end’ of the supply chain.

“The second challenge has been getting access to the chain sports stores. The Irish independents have been really supportive, but for real scale we need the chains and they have shown no interest in promoting an innovative Irish sports brand. Times are still tough and it’s about hanging in there until we can build scale or make ourselves attractive to an investor with established routes to markets or to a larger sports brand.”

For Dr Maria McGee, founder of Derry-based natural skincare company Marble Hill, the hardest part of developing her company has been the transition from medical professional to businesswoman.

“It’s been a steep learning curve and I was not prepared for the scale of the challenge of getting my message across,” she says. “As a doctor you assume you will be taken at face value. The old saying, ‘trust me, I’m a doctor’, I suppose. I tell people that liquid handwashes and shower gels contain harsh detergents but they seem to find this very hard to grasp. I really hadn’t expected that.”

Marble Hill’s flagship product is PediSalve, a hypoallergenic foot cream launched in 2013. The product is suitable for general use but is aimed particularly at those suffering from foot skin problems as a result of diabetes.

“We now have nine products in our range for treating conditions such as acne, seborrhoeic dermatitis and psoriasis. However, we have focused on the foot cream for simplicity of marketing,” McGee says. “One unexpectedly good thing has been finding out how effective press advertising is. Selective press advertising has given our sales their biggest single boost. I wish I had done it earlier.”

Four years on and location-based gaming company Haunted Planet is moving in a new direction. “We’re changing our product from game engine (making our own games) to being a platform others can use to make games,” says founder Mads Haahr.

Haahr first started thinking about location-based gaming in the early 2000s. However, he had to wait until the smartphone arrived to enable his vision. The company’s games, which are played outdoors, use the smartphone’s camera, GPS, compass, sensors and audio to create an immersive gaming experience.

“The reason for the pivot was the scale of the challenge we faced educating people about our games,” Haahr says. “When we said we made mobile games, people immediately thought of Angry Birds or Candy Crush. But location-based augmented-reality gaming is actually a very different type of experience. It’s been hard to get customers to really understand it without a big marketing budget to educate them. By letting people build and share games on our platform, we can grow the business organically without spending millions on advertising.”

Ironically, the runaway success of Pokémon GO is likely to be good for Haunted Planet. “It will make the idea of playing outside while moving around much more familiar to players,” Haahr says. “However it has been a bit hard to take as we’ve been working in this space for such a long time and all of a sudden someone else is getting all the traction. Have I ever been tempted to give up? No, not seriously.”

Just over three years ago Leonora O’Brien set up Pharmapod to develop cloud-based quality improvement systems for the pharmacy sector. She wants Pharmapod to become the global leader in healthcare risk management – an expensive goal to achieve. However, the company has already raised €1.25 million in funding and is about to start raising another million.

“You have to become a hurdler when you start a business and funding is one of the hurdles to be jumped,” O’Brien says. “It can be daunting when you go looking for money and find yourself facing someone looking for 20 or 30 per cent of your company. My advice is don’t rush in. This is only a starting point for negotiations. Surround yourself with strong, experienced advisers and trust your own instincts. There’s also a certain formula to how investors operate and you get familiar and comfortable with that fairly quickly.”

Pharmapod has both institutional and angel investors and O’Brien says raising smart money is vital. “Our investors brought money but also an intellectual capital, their network, their expertise and their enthusiasm,” she says. “We have a big vision for the company so it’s important to align ourselves with investors and mentors that share that big ambition. Listening to a more conservative view can be damaging and can result in achieving a lower valuation for the business.”