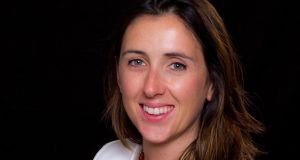 Google Ireland head of sales Ruth McEntee: “It’s not just 18-year-old gamers, it’s mums and it’s the over- 55s who use YouTube.”

YouTube is letting advertisers know they do not have to buy up television ad breaks to target the “mum” audience. Research produced by the Google-owned online video platform suggests that when mothers visit YouTube, 45 per cent want to be entertained, 49 per cent want to relax, 38 per cent want to entertain their kids and 23 per cent watch home, DIY or gardening videos.

“It’s not just 18-year-old gamers, it’s mums and it’s the over- 55s who use YouTube,” says Google Ireland head of sales Ruth McEntee.

The YouTube Audience Report indicates 30 per cent of mothers with children under 18 use YouTube to research products to buy, while some 19 per cent have then looked for more information online or visit the brand website. McEntee says mothers are more likely than the average demographic to make follow-up responses to ads on the platform.

Consumer household giants that target the main-shopper audience, such as Procter & Gamble and Unilever, are typically among the biggest television advertisers. But they’re now “telling stories in a different way” online, McEntee says, through longer brand videos and the paid-for ads that “pique the interest” of users within the first five seconds – before the “skip ad” option appears.