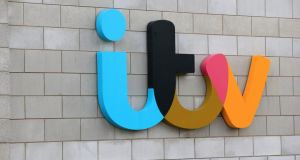 European cable operator Liberty Global said it had raised its stake in ITV to 9.9 per cent through a hedging deal but still had no intention of taking over Britain’s biggest free-to-air commercial TV firm.

Liberty, which owns UPC Ireland, took a 6.4 per cent stake in ITV a year ago, and in September said it had no plans to increase the holding.

“Given ITV’s operating and stock price performance, we were able to increase our stake to 9.9 per cent with no incremental investment by hedging our existing equity position,” Liberty said on Friday.

“This investment remains an opportunistic one for us in our largest market.”

Liberty Global confirmed it did not intend to make an offer to acquire ITV.

Backed by Irish-Americantycoon John Malone, who also controls Liberty Media and Discovery Communications, Liberty Global has bought cable assets across Europe in the past decade and has more recently started buying strategic stakes in content producers.

ITV has been snapping up independent production companies, such as Talpa Media which makes entertainment show “The Voice”, to reduce its reliance on its broadcasting business in Britain.

Liberty bought its initial holding in ITV from satellite broadcaster Sky in July 2014 for £481 million, a deal that boosted ITV’s share price by 8 per cent as investors bet that a full takeover would follow.

Shares in ITV, which reported a 25 per cent increase in first-half pretax profit on Tuesday, have risen by 57 per cent since Liberty bought its initial stake.

“Liberty has stated it does not intend to make a bid for ITV but its move suggests that it thinks a move by another player is likely or, at least, an increasing possibility,” he said.