Formats of the future will include ‘experiments in humour’, says Fremantle development boss 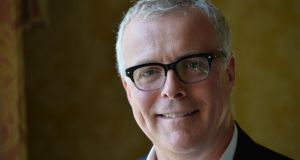 Rob Clark: ‘Audiences will want to get a better season two than season one.’

What are the next big trends for television formats? Game shows “that are funny” are one genre where the industry is currently experimenting, says Rob Clark, director of global entertainment development for Fremantle Media.

Producers are also trying to find new ways to include children in prime-time formats, reflecting broadcasters’ need to lure a wide family audience to their most commercially important time slots.

“We’re seeing lots of shows based around multi-generational aspects of the family. I think that’s another trend,” says Clark, who was in Dublin delivering the Irish Film and Television Academy’s annual television lecture last Friday.

“The mainstream broadcasters have realised that it is fine to have edge in the peripheral areas of the schedule, but you have to be broad in prime time,” he says.

Fremantle, the producer or co-producer of talent formats such as The X Factor, the Got Talent shows and (Pop) Idol, has launched a culinary game show said to combine cooking, competition and family dynamics. Its title? My Mom Cooks Better Than Yours.

Clark says production companies often make the mistake of spending lengthy periods developing formats only to forget to fine-tune their ideas during the production stage.

“Sometimes the two parts of the process, development and production are not connected at all. The development process needs to carry on throughout season one and into season two and three. Rarely have I see a season one that gets it right,” he says.

“You can’t take your foot off the pedal. Audiences will want to get a better season two than season one.”