The Maximum Media recipe: Wine slushies mixed with a little bit of politics

Company behind JOE.ie and Her.ie is chasing millennials via social and branded content 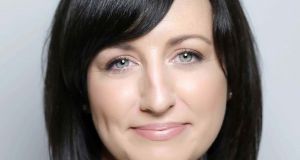 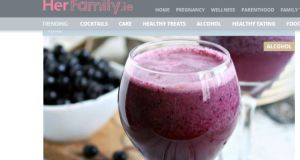 Wine slushies have gone down a treat at Maximum Media, the company behind the lifestyle sites JOE.ie, Her.ie and their younger cousins, SportsJOE.ie and HerFamily.ie.

An item on HerFamily.ie with the headline “Wine Slushies Are A Thing And The Internet Is Going Crazy For These Bad Boys” has been shared 445,000 times – a record for Maximum, says managing director Katie Molony. Gin-and- tonic popsicles were another recent hit.

Molony will discuss Maximum’s metrics in detail at next week’s Measurement Conference, organised by Damien Mulley, which takes place at Dublin’s Liberty Hall and promises a feast of practical digital and social media knowledge, rather than “sales pitches” from “circuit bunnies with three-year-old recycled slide decks”.

It’s been a busy time for Molony, who has been spending three days a week in London establishing JOE.co.uk and soft- launching SportsJOE.co.uk.

The company, owned by Niall McGarry, has just appointed Dazed Media’s Will Hayward as managing director of the fledgling UK operation, allowing Molony to concentrate on business at home.

This includes sharing with advertising agencies the results of its annual A Slice of Ireland research, based on surveys from 22,000 visitors to its four Irish sites, which confirmed the youth of its audience.

Some 55 per cent of JOE.ie visitors are 18-24 years old; another 37 per cent are 25-34. The Her.ie age demographics are similar, while SportsJOE.ie skews older and HerFamily.ie’s audience is almost entirely 25-44 years old.

Interestingly, some 19 per cent of the JOE audience is female, but just 1 per cent of Her is male. Molony has been subtly refocusing the latter, so that it is “less Kim Kardashian and more about what is happening to women in Ireland”.

While Maximum’s sites are primarily focused on lifestyle and entertainment content, it has been publishing more opinion and campaigning pieces of late, with JOE holding an event last week on men’s mental health (with Bressie) and Her Talks events addressing topics such as female participation in politics and the repeal of the Eighth Amendment.

Meanwhile, when Maximum published a “who is this politician?” picture quiz, it was Gerry Adams who proved the most recognisable to its digital native audience.

Opinion content is unlikely to beat the wine slushies for traffic, says Molony, but it is now part of the proposition. This time last year, it changed its logos to signal its support for a Yes vote in the marriage referendum.

“We are lucky we can do that, and it is a positioning for our brand,” she says. “Tolerance is something that we try and foster on JOE and Her.”

Brand distinctiveness is important in a digital media environment – about 65-70 per cent of its traffic is delivered via social media platforms, so Maximum must fight for attention with everybody else.

Whatsapp is now the second most important social platform for generating traffic for the company, behind Facebook, with the ascendant Snapchat now in third. Molony cites a recent branded campaign Maximum did with takeaway ordering company Just Eat, in which it invited its readers to send snaps of their lunch in order to win lunch for their office.

Twitter is probably the next most important platform, she says, but there are new ones on the rise, including Yik Yak, a messaging service that allows people to send short messages to other users in the same area.

Maximum has 65 employees in Ireland and a further 20 in the UK, where it hopes to launch a specialist fitness site once the British JOE and SportsJOE sites are bedded in.

McGarry has no plans to sell Maximum Media just yet, despite interest from older and bigger Irish media groups on the acquisition trail.

It has hired Trevor Daly from Target McConnells to become director of brand strategy, while some 10 staff now work on Made by Maximum, the branded content “hub” set up in December.

Some 60 per cent of Maximum’s revenues now come from branded content (or native advertising), with display advertising retaining a 40 per cent hold.

“When advertisers go onto the homepage of a site, they still want to see a billboard,” says Molony, who believes the problem posed by ad-blocking software has been overstated.

Very few advertisers in the Irish market can afford to ignore digital media, and very few now do. Winning a bigger piece of their budgets is the next target, according to Molony.

“We are all the time trying to take a slice of the pie that would have been dedicated to television and radio.”