Rise in access to social media at work, survey finds 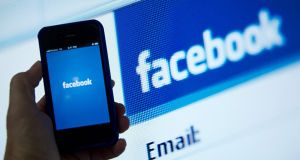 Many companies block access to sites such as YouTube and Facebook from office PCs, but this is fast becoming irrelevant, with the vast majority of traffic to social-media platforms now coming via mobile apps. Photograph: Getty Images

A report issued by William Fry solicitors yesterday found 78 per cent of staff used social media while doing their jobs, up from 60 per cent in 2013.

The report shows average daily usage of social media in the workplace is actually falling, so fears of thousands of hours misspent watching cat videos may be overstated.

In 2013, employees would engage with social media for up to an hour per work day. That has fallen to about half an hour, with men spending more time on social media at work than their female colleagues, at an average of 39 minutes compared with 25.

If the practice is of concern to employers, the study does not reflect that view. It shows just over a third of companies do not have a policy in place governing social media use, while 25 per cent of staff are unsure if there is one at their workplace.

Social media has become so enmeshed with our day-to-day lives that it seems pointless to try to deal with it as a standalone phenomenon. But, as William Fry’s report shows, companies are still struggling to adjust to this new reality.

In many cases, they fail to put systems in place to deal with the sort of problems that can arise when every employee becomes a content creator. In others, they may be tempted to overreach into areas where they have no business interfering. Either route is full of pitfalls.

Many companies block access to sites such as YouTube and Facebook from office PCs, but this is fast becoming irrelevant, with the vast majority of traffic to social-media platforms now coming via mobile apps. Meanwhile, it becomes harder to block Facebook when it is an integral part of one’s business strategy, as is often now the case.

The report also shows a significant increase in awareness among employees of the impact their social-media profiles could have on potential employers. Companies in turn need to be aware that, even though they may be able to find out the age or marital status of job applicants on social media, they are breaking the law if they use that information to make decisions on who to hire.

Much is made of the fact that companies rarely attempt to raise the question of work-related contacts which their employees have developed through personal social-media accounts, and of what happens to them when those employees leave. In fact, this is hardly surprising; employers would be ill-advised to attempt to assert rights over such material and would be better off making sure their own social-media strategies are pursued via company- controlled accounts.

The fact is that traditional distinctions between work and leisure time have been irretrievably blurred for many of us by digital technology.

The principal beneficiaries of that change are employers. By issuing devices to their staff, and by covering the (ever cheaper) costs of calls and data, many companies implicitly expect in return that employees will be available anytime and anywhere.

The quid pro quo is that reasonable personal use at work and at home is accepted as part of the deal. But what constitutes “reasonable”? And does an employer ever have the right to monitor personal usage, inside or outside working hours? These and other thorny questions will almost certainly never be fully resolved.