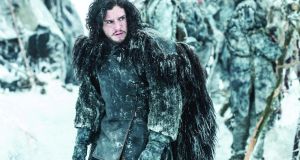 The popularity of Game Of Thrones has helped drive the sales of Sky’s Now TV service.

Irish subscribers to Sky are spending an average of €60 per month, more than in other European countries, the entertainment company has reported.

It has seen a rise in sales amid demand for the web-based Now TV service as more people signed up to watch shows like “Game of Thrones” and “Sons of Anarchy”.

Overall sales increased by 5 per cent in currency-adjusted terms to £8.72 billion pounds (€11 billion) in the nine months to end of March, it said in a statement on Thursday.

By quarter three there were 12.3 million subscribers in the UK and Ireland market.

Operating profit increased 12 per cent to £1.14 billion (€1.4 billion). As more carriers provide combined TV, internet and phone services, the company is trying to differentiate itself with services such as Now TV, which can be viewed on mobile devices and laptop computers.

Sky, which operates in five European countries, is facing tougher competition from the likes of BT, with which it competes for sports rights, and Netflix.

Sky is growing faster than Netflix and has posted more “absolute profit” than the US company over the past few years, chief executive Jeremy Darroch said Thursday.

While Now TV is helping drive new revenue, it and Netflix complement each other in various markets and aren’t necessary taking customers away from each other.

In January, Sky announced the return of James Murdoch as chairman four years after a high-profile phone-hacking scandal drove him out of the company.