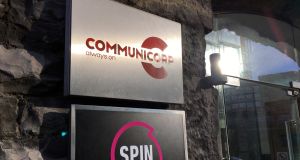 The Broadcasting Authority of Ireland (BAI) is to seek further clarification from Denis O’Brien’s Communicorp radio group on the ban which the group has imposed on appearances by Irish Times journalists.

A spokesperson for the BAI, the regulatory authority for the broadcasting sector in Ireland, said on Thursday that the authority had written to Communicorp on October 13th to seek clarification on “a number of matters in respect of editorial independence and the contractual commitments of individual services in the group”.

Adrian Serle, chief executive of Communicorp, which runs the national stations Newstalk and Today FM, along with regional music stations 98FM, Spin 1038 and Spin South West, imposed the ban on appearances on its stations by Irish Times journalists on October 5th.

Mr Serle cited a column by Fintan O’Toole on September 12th for the move. The column had called Newstalk “systematically sexist”, after presenter George Hook made on-air remarks implying that a rape victim was partly to blame for the crime against her.

Four days after the original column was published, The Irish Times carried a response from Newstalk managing editor Patricia Monahan, in which she described O’Toole’s comments as “outrageously unfair”.

Three weeks later, the newspaper received a letter from Mr Serle demanding an apology and a retraction of the original column within 24 hours.

When informed that this would not be forthcoming, Communicorp imposed its ban, which applies to all stations in the group.

Labour leader Brendan Howlin subsequently wrote to the BAI, asking it to consider whether Communicorp’s action was consistent with its obligations as a licensed broadcaster.

The BAI spokesperson confirmed that these issues formed part of Thursday’s meeting of the authority.

“Correspondence in this regard was received from Communicorp and was considered by the authority of the BAI at its meeting today,” he said.

“The discussion gave rise to a number of further matters for clarifications, which the BAI wishes to raise with Communicorp. The BAI will write to Communicorp on these matters and will not be making any further comment while this engagement is under way.”

The BAI licenses all broadcasters in the State, imposing targets and goals and policing adherence to its code of “fairness, objectivity and impartiality in news and current affairs”, while adjudicating complaints from viewers and listeners.

Its statutory compliance committee monitors and enforces adherence to the terms of a broadcasting licence.