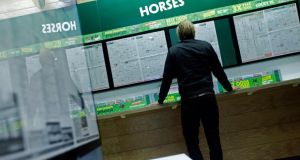 European shares ended higher for a second consecutive session, as news of a possible merger between brewers SABMiller and Anheuser-Busch InBev sent those stocks and others in the drinks sector up sharply. Investors remained cautious overall ahead of the Federal Reserve’s interest rate decision.

Speculation has increased that the Fed will delay a rate increase as China ignited concern that its slowdown could weigh on global growth. Traders are pricing in a 28 per cent chance of action on Thursday.

The Iseq was little changed, closing up 0.3 per cent. FBD rose 8.9 per cent to €6.75 after it emerged that multinational Fairfax is lending €70 million to the Irish insurer through a 10-year bond that the Canadian company has the right to convert into shares.

Paddy Power gained 0.5 per cent, a rise of 52 cent, closing at €100. The bookmaker had breached the €100 share price level mid-session last week, but this is the first time its closing price was three-digit. The stock is riding high since it agreed a merger deal with rival Betfair.

Cider manufacturer C&C climbed 1 per cent to €3.42 amid the flutterings of merger and activity elsewhere in the drinks sector. Paper and packaging group Smurfit Kappa fell 0.6 per cent to €29.60.

Glencore, the worst performer on the UK benchmark this year, rose 5.2 per cent after selling new shares to pay down debt to help protect its credit rating.

The FTSE 100 had risen by 1.5 per cent to 6,229.21 at the close in London. Trading has been volatile as investors await the Federal Reserve rate announcement. The broader FTSE All-Share Index gained 1.3 per cent.

Richemont, the owner of jewellery and watch brand Cartier, rose 6.6 per cent after beating sales growth forecasts, helped by continued spending by wealthy Chinese travellers. Other luxury good stocks also made gains. Retailer Inditex, owner of the Zara chain, gained 5.9 per cent after reporting higher sales, in a move analysts at Davy Research said boded well for other retailing stocks such as Primark. Shares in Zodiac slumped 18.8 per cent after the French aircraft cabin and systems maker warned that delays to its production of aircraft seats would hit profits.

Molson Coors Brewing jumped 13 per cent to a record after Anheuser-Busch InBev revealed its intentions in relation to Molson’s joint-venture partner SABMiller. Molson and SABMiller have a US-based joint venture called MillerCoors. Elsewhere, Chevron and Exxon Mobil advanced more than 1.9 per cent as oil climbed for a second day. Hewlett-Packard gained 5.1 per cent amid its plans to cut about 30,000 jobs, while FedEx lost 3.9 per cent after cutting its 2016 profit forecast. Confectionery brand Hershey Co increased 3.1 per cent to a four-week high after analysts at JPMorgan Chase raised their recommendation on the stock. (Additional reporting: Bloomberg / Reuters)