European stocks have worst week in month after Chinese devaluation

In Dublin insurer FBD rebounds despite reports of capital shortfall 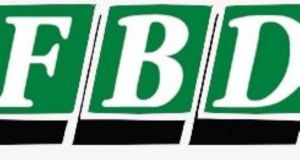 FBD closed 7.6 per cent up at €6.90 after falling by a similar margin in the previous session

European stocks slipped yesterday to record their worst week in more than a month, in the wake of China’s currency devaluation.

The euro zone’s blue-chip Euro Stoxx 50 index closed down 0.7 per cent. The broader pan-European FTSEurofirst 300 index retreated 0.1 per cent to record a loss of 3 per cent over the week, its worst weekly performance since early July.

“The engineered part of the devaluation seems to be over, but since market forces are meant to play a larger role, the yuan would drift lower,” wrote analysts at Brown Brothers Harriman. “What we know is that the [People’s Bank of China] will continue to manage the currency closely.”

Among the main movers was insurer FBD, which closed 7.6 per cent up at €6.90 after falling by a similar margin in the previous session. The group has been stung by a serious of reports suggesting it may need up to €100 million in fresh capital to meet new EU solvency rules, due to come into force next year. It is also reeling from the shock departure of chief executive Andrew Langford earlier this month.

Swiss-Irish food group Aryzta rose €1.34 or 2.9 per cent to finish at €47.50 but still remains way off its 12-month high of €76 amid persistent rumours about the underperformance of its US business. Other positive performances were put in by food groups Kerry and Glanbia, which rose 74 cent to €69.31 and 17 cent to €17.65 respectively. Bank of Ireland fell marginally to €0.36 while Permanent TSB was unchanged at €5.01.

Thomson and First Choice owner TUI led the top-flight risers’ board as it built on a 7 per cent surge in the previous session. Despite an impact of up to £32 million from the Tunisia terrorist attack, the travel operator posted a surge in earnings.

EUROPE RWE fell 2.4 per cent after Natixis and UBS cut their price targets on its shares, but payment services company Ingenico rose 5.6 per cent after gaining entry to the MSCI World Index.

The Euro Stoxx 50 and FTSEurofirst remain up around 10 per cent since the start of 2015, as economic stimulus measures from the ECB have helped to prop up the region’s stock markets.

JC Penney and Nordstrom both rose after the department store chains posted better-than-expected quarterly results. JC Penney was up 5.1 per cent at $8.48 while Nordstrom jumped 3.7 per cent to $77.72 and was among the biggest percentage gainers in the S&P 500, while the S&P retail index was up 0.4 percent.