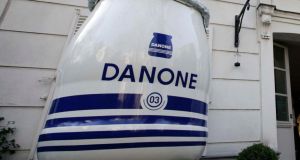 Traders in Dublin said it was a busy enough day, and noted that the Irish exchange had held its own well when compared with its European peers.

DUBLIN
Dublin was fairly flat, a pattern that was repeated across the continent.

CRH moved both up and down during the day before closing at €19.84, unchanged. It was one of the more traded stocks, along with Bank of Ireland, Ryanair, C&C and Smurfit Kappa.

Bank of Ireland treaded water through the day until finally closing down 0.66 per cent at €0.29.

Ryanair had a few buyers and at one stage was trading at €6.85. It closed at €6.74, a rise of 0.93 per cent. Traders said the stock has been fairly well wanted in recent times and that the interest showed no sign of waning just yet.

C&C, which has been under pressure since Friday, bounced back a bit yesterday and closed up 2.29 per cent at €4.33.

Antofagasta, which owns copper mines in Chile, dropped 3 per cent to 819.5 pence, and Anglo American, the world’s largest platinum producer, slipped 2.7 per cent to 1,356 pence.

Standard Chartered gained 2.3 per cent to 1,358 pence. The Financial Times cited unnamed investment bankers as saying the lender was the “most likely target of a big banking takeover.”

Carphone Warehouse lifted 1.7p to 281.5p as it reported a 5 per cent rise in like-for-like revenues for the UK in the third quarter to December 28th.

Henkel increased 2 per cent to €85.35, its highest price since at least August 1992. The German maker of Schwarzkopf hair products and Loctite glue said it would increase its dividend payout to as much as 35 per cent of net income.

Verizon lost 2.6 per cent to $47.08. The second largest US. phone company added 1.6 million monthly subscribers during the fourth quarter, fewer than the record 2.1 million gained a year earlier.

Alcoa advanced 7 per cent, the most in the S&P 500, to $12.16. JPMorgan raised its rating on the largest US aluminium producer to overweight, a recommendation similar to buy, from neutral. – (Additional reporting Reuters, Bloomberg)