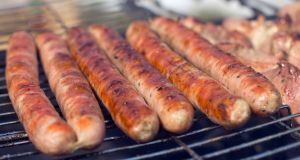 Brexit will make Irish exports to Germany more competitive against similar UK products, while German products in Ireland will also be comparatively cheaper than their UK rivals, a new study claims.

The study, commissioned by the German-Irish Chamber of Industry and Commerce, has concluded that Brexit, irrespective of whether it arrives in hard or soft form, will present opportunities for indigenous companies and German producers to undercut UK exports.

The report by Edgar Morgenroth, professor of economics at Dublin City University’s Business School, claims that post-Brexit, many UK imports to the Irish market are “likely to be replaced... by Irish and German goods”.

“As a result of Brexit, the UK is likely to lose market share,” said Mr Morgenroth. “Irrespective of whether it is a hard Brexit, a disorderly Brexit or even a soft Brexit, the price of goods traded between the UK and the EU will increase.”

He said this will result in “a substitution of UK produced goods by those produced in the remaining EU Member States”.

“As such, Brexit may bring some benefits and opportunities for Irish firms.”

In a snapshot of the study’s findings released ahead of its formal launch next week, the chamber said the “majority of Irish and German products will prove significantly cheaper than UK alternatives”.

“The report conclusively finds that switching from British imported products to Irish or German alternatives will, most likely, result in a financial saving for consumers and encourage increased economic activity for Irish or German producers,” said Jack Golden, chairman of the chamber.