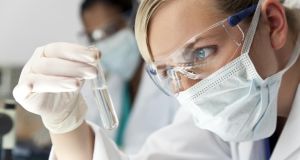 Astrologers always believe that big things will happen when planets align. If Mars, Jupiter and Saturn line up surely that must be a sign that change is coming or the end is nigh or that gears have been set in motion and things won’t be the same afterwards. Just such a confluence has occurred recently, not in the heavens but here on solid ground and we await with some trepidation what the result of this will be.

Ibec the business representative body has come into a close alignment with Ireland’s research community in terms of what is needed to make us a powerhouse for scientific research.

Far from being self-serving and out for what is good only for business, Ibec wants to see more scientific research and wants the Government to spend lots more in support of it.

It warns that the pipeline of discoveries as they move towards commercialisation will dry up without more blue-skies activity and also wants to see the establishment of a body independent of government to watch how we invest State funding in research.

This pretty much matches up with what a lot of Ireland’s scientists are saying about what is needed to boost our involvement in research and our reputation abroad as a good place to conduct science. They said as much in a letter to this newspaper in mid-March, which carried the signatures of more than 1,100 scientists working both here and abroad.

A statement of the two positions comes as a result of the creation of an interdepartmental Cabinet committee formed late in December.

Its role is to pull together a new policy on science, technology and innovation given that our existing policy document on this expired in 2013.

It involves 10 departments that fund research including Health, Agriculture and Enterprise amongst others and in February it opened up a too-short consultation process in which stakeholders were asked to give their views.The committee says it plans to deliver a new strategy for science by June.

Researchers, universities and bodies such as the Royal Irish Academy submitted responses and so too did Ibec. If this document was renamed the research scientists’ submission on a new strategy, one might not have seen any inconsistency.

Ibec wants a long-term view, a policy with vision, one that can provide a service today but be flexible enough to respond to tomorrow’s issues and one that needs to receive a lot more money.

Ibec cut right to the bone on two issues that have been driving the research community here to distraction – the current determination to invest only in prioritised categories of research and the lack of a clearly independent adviser able to comment on science policy.

Many scientists in non-prioritised areas believe themselves to be excluded from funding as a result. These are leading scientists in pure mathematics, in astrophysics and particle physics and the kind of people who would naturally generate an international standing in their fields and enhance our reputation for science.

Ibec says the strategy should recognise the need for a strong research base to underpin translational research, and should safeguard investment in basic research in non-prioritised areas in order for Ireland to remain an attractive place to conduct research.

Another key recommendation from Ibec was the establishment of an independent advisory committee that would review the strategy as it evolved, with this scrutiny installed on a permanent basis.

Ireland’s first chief scientific adviser Barry McSweeney was appointed in 2004 and he was followed in 2006 by Prof Patrick Cunningham. At that time the role was independent of government and the chief scientist could pursue studies or publish reports on Ireland’s science policy as appropriate. But in 2012 the Government closed the office and asked the head of Science Foundation Ireland Prof Mark Ferguson to provide the chief scientist’s role as well as running the foundation. This did not sit well with the scientists who argued that there was no independence to the office as reconstituted. It has been a source of irritation since.

It stressed the importance of having research supports for indigenous companies such as the research voucher scheme, tax credits and the support system provided by Enterprise Ireland. But overall it was not a “what’s in it for me” document.

The question remains, what will this alignment of business and science yield when it comes time to publish a new strategy for science?