How to harvest a crop of cash 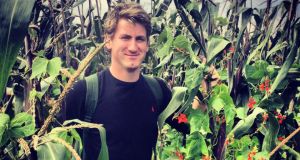 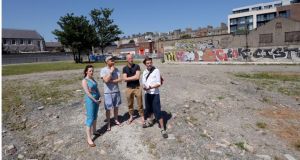 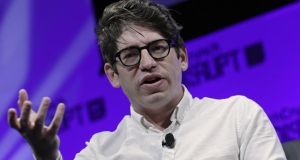 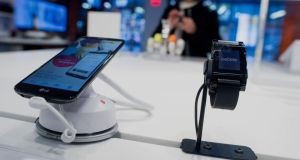 Zack Brown’s potato salad is taking the internet by storm. But it’s not just any potato salad. It may well be the world’s most expensive.

Earlier this month, the American took to crowdfunding website Kickstarter and asked if anyone would give him $10 (€7.40) to make some potato salad. He set a deadline of August 2nd to raise the money.

To say the response was unexpected would be an understatement. Within days, thousands of dollars began to pour in from all over the world and, at the time of writing, he has raised more than €61,000 from 6,344 backers in 20 countries.

In the current economy, it can be difficult for entrepreneurs to get capital to build their ventures from the ground up, let alone for people with kooky ideas to get it. But thanks to crowdfunding, anything is possible.

So what is crowdfunding and how can you fund a project or start-up through it? Crowdfunding is a way of getting money without going to the banks, venture capitalists or the Government.

You might be unsure the bank will give you money, or maybe it has said no. Or it could be don’t qualify for grants. Or maybe you just want to do things differently, and get the support of your community or the public. Either way, there are plenty of options to choose from, whether you want donations or investment.

The birth of crowdfunding came from the donation-based model. Through this method, members of the public donate money to a project, in return for products, perks or rewards.

When Brown set up his potato salad campaign, he offered to post a “Thank You” on his website to anyone who gave $1. Those pledging more could get some of the potato salad.

Investment crowdfunding is where people give a loan to a business to be repaid with interest, or give money in return for equity.

In this model, individuals who give money become owners or shareholders and have a potential for financial return. Basically, the public have an opportunity to invest in unlisted companies, in return for shares in that company, or repayment of their loan with interest.

Though Kickstarter doesn’t have an Irish site, many Irish people have used it to fund their ideas. It is effectively the kingpin of crowdfunding, having bankrolled more than 57,000 projects. Earlier this year, it surpassed $1 billion in pledges made.

Among the most successful projects that have raised money through the site was Pebble Watch.

In April 2012, with money fast running out, entrepreneur Eric Migicovsky started a Kickstarter campaign for his fledgling company Pebble Technology. The company had the idea of designing a watch that would alert users to messages, emails, incoming calls and social media notifications, when connected with their smartphone.

Migicovsky set up a profile page on Kickstarter, offering potential backers pre-orders of his company’s still-in-development smartphone-synced watch, if they helped him raise enough money to get the idea off the ground. The page took off, bringing in $1 million in the first 28 hours. He had been looking for $100,000, but by the time his campaign ended a month later he had raised more than $10 million from 69,000 backers.

Lumafit is a good example of an Irish start-up that successfully raised money through Kickstarter. Earlier this summer, Lumafit co-founders Darran Hughes and Stephen Hughes embarked on a campaign to raise $60,000 to bring their fitness tracking product to market. They ultimately raised $104,791. Fundit Fundit works on a very similar premise to Kickstarter, though it is Irish and mainly aimed at the arts community. Its parent company is Business to Arts.

As with Kickstarter, people create a profile page on the site promoting their idea. They then pick a target sum to raise, decide the different levels of support people can pledge and offer rewards at each level.

If the target amount is reached by the end date, the project gets the money. If it isn’t, no one pays or receives anything.

Fundit projects cover exhibitions, publishing, design, fashion, theatre, science and film projects. Co-founder Andrew Hetherington says €2.5 million has been paid out to projects on the site, adding that 75 per cent of all projects are successful in raising their desired target.

He says most projects raise an average of €4,000, adding that one-third of projects on the site are music-related.

Among the most successful campaigns that have been featured on the site was Upstart’s Granby Park. Almost €22,000 was raised from 577 funders to create a pop-up park in Dublin’s inner city last summer.

Those who pledged more than €20 received an Upstart badge, their name on the project’s website and funders wall. Those who gave more than €100 got reserved seating at one of the pop-up park’s events and a picnic for two.

Nathalie Weadick of the Irish Architecture Foundation ran one of the first Fundit campaigns in 2011. She raised €17,612 from 417 backers, to cover the cost of creating a book as part of the foundation’s annual Open House event.

Linked Finance works off the investment crowdfunding model. Basically, it is an online marketplace that matches small businesses looking for loans with private individuals who are willing to lend money for a good return.

Businesses can submit requests for anything from €5,000 to €50,000, which is repayable over three years. Though that figure will shortly be increased to €75,000, according to Linked Finance founder Peter O’Mahony.

He says rate of interest is determined in an auction where prospective investors submit bids specifying how much they are prepared to lend and at what interest and priority is given to cheaper bids.

The peer-to-peer lender has facilitated the lending of €2.5 million to 108 businesses since it was founded last year. The company charges businesses 2.5 per cent commission. Those who raise a loan of €10,000, for example, have to pay Linked Finance €250.

Cork-based wine company Curious Wines used Linked Finance to get a loan of €30,000, at an average rate of 6.22 per cent.

The company used the money to expand its wine business, opening a new premises off the Dublin to Cork M7 motorway near Naas.

Crowdcube is a crowdfunding service that allows anyone to invest small amounts in return for equity in unlisted companies.

It was developed as an alternative to banks, business angels or venture capital funding. Start-ups can use the UK-based Crowdcube platform to raise money from the public. Thus far, 131 businesses have been successfully funded to the tune of £30.8 million.

Irish people who have used the site to fund projects include Philip Martin, the owner of Little Ass Burrito on Dublin’s Dawson Street.

He used Linked Finance to raise money to open a new burrito bar in Rathmines, but turned to Crowdcube when it came to funding his new tortilla-making venture Blanco Nino. The farm will be the first of its kind in Europe and will allow Ireland to produce a specialist corn used to make Mexican tortillas.

“We had access to the VCs and banks. It might have been easier to raise money from conventional means but we wanted to do things differently,” he says.

He said that the money will be used to pay for equipment and for initial stock needed to get Blanco Niño up and running.