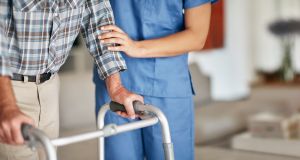 Australian infrastructure bank Macquarie has pulled out of a £2.5 billion deal to buy one of Britain’s biggest care home chains, blaming the uncertainty caused by Brexit.

The collapse of the sale of Irish-owned Barchester Healthcare will raise concerns over the auctions of rival care home businesses, including Four Seasons Health Care, Britain’s second-biggest chain, which is being sold by administrators.

Macquarie had all but signed off on an agreement to buy Barchester, which owns about 200 care homes housing 11,000 residents and employing 17,000 staff. But one person close to the bank said that “given the exchange rate is all over the place, it is not the right time”.

“It’s not just Brexit itself but that no one knows which direction the UK is going in or who the leader will be if there is an election,” he added.

Barchester is owned by the Irish billionaires Dermot Desmond, JP McManus and John Magnier and people close to the company said they were “happy to hold on to the business” after they increased profits last year.

Four Seasons, which runs 322 homes, has been in the hands of US hedge fund H/2 Capital Partners since running out of cash in December 2017. Bids have been received, and the company hopes a deal will be sealed by the end of this year.

Four Seasons said it was encouraged by the “levels of interest and active engagement from bidders”.

All four of Britain’s biggest care home businesses – HC-One, Four Seasons, Barchester and Care UK – have been up for sale in the past year and have failed to secure deals as a result of the decline in commercial property sales and a long-term fall in fees paid by local authorities for elderly care.

Nick Hood, analyst at Opus, the social care experts, said: “With all the major care home operator groups currently up for sale, interested parties are spoiled for choice about premium opportunities, but deals are still not happening. It speaks volumes about the severe problems facing the sector.”

Guy Hands’ Terra Firma, which bought Four Seasons in a debt-fuelled £825 million deal in 2012, still owns 24 of the group’s care homes, which are also up for sale, with Patron Capital tipped to be interested. H/2 had argued that it should receive them along with the rest of the business, but lost the homes in a legal decision.

Macquarie previously had a stake in Regard Group, the UK’s fourth-largest private provider of supported living and residential services for people with learning disabilities, mental health needs and acquired brain injury.

It sold it to AMP Capital, another infrastructure fund, in 2017. Its investments in care homes include a 42 per cent stake in Oceania Healthcare, which runs a number of properties in New Zealand, which it has held since 2005.

Q&A: How close are we to having a Covid-19 vaccine?

1 Second Covid-19 outbreak and no-deal Brexit an appalling vista
2 Ireland faces 'deep downturn' this year and may not rebound until 2024 if there is a second wave
3 Supreme Court in Dublin clears Bernie Madoff Ponzi loss case for hearing
4 How much do Irish people earn? And what will Covid-19 do to our wages?
5 Why are markets booming when a crash is on the way?
6 Former Worldspreads chief Conor Foley faces €730,000 fine
7 System agreed for Irish goods to skip checks on UK trade
8 ‘The rental situation stops me moving back home’
9 John FitzGerald: Civil Service expertise key to Government policy
10 Dublin consultancy Pathfinder set for expansion after buyout by Sia Partners
Real news has value SUBSCRIBE