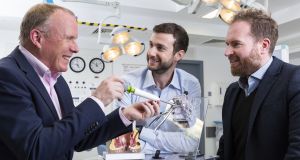 A Galway-headquartered medical technology company has received €3.6 million in grant funding which will help it commercialise a device to treat a colorectal condition.

Chief technology officer Eoin Bambury said the grant funding validated the need for a “viable solution where other approaches have been unsuccessful in treating this patient population”.

The funding follows a €2.6 million series A investment round that closed in 2016, which included investment from Enterprise Ireland and the Western Development Commission.