Bernard Mallee appointed as IPHA’s director of communications and advocacy 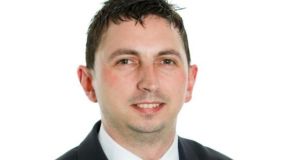 Bernard Mallee is charged with “helping the biopharmaceutical industry to tell an impactful story about the value it creates for patients, society and the economy, with innovation at the core”

The group representing the major drug development companies in Ireland has beefed up its communications team.

Mr Mallee, who takes up his role on Monday, is charged with “helping the biopharmaceutical industry to tell an impactful story about the value it creates for patients, society and the economy, with innovation at the core”.

The lobby group has been concerned about getting access to the Irish market for new drugs despite agreeing savings in a drug pricing agreement that were designed facilitate the State pay for often expensive new therapies.

“Unfortunately, Ireland is now very late in western Europe in making new medicines available to patients. The strategic priority of the Association is to work with Government to fix this,” said Ipha chief executive Oliver O’Connor.

He said Mr Mallee would play “ a key role in sharpening the industry’s message and pressing for collaborative solutions seeking among policymakers in Government, the HSE and other agencies”.

A former Fianna Fáil press officer, Mr Mallee served as a government special adviser in both the Department of Jobs, Enterprise and Innovation and the Department of Education and Skills. He was also the first director of communications and marketing atTrinity College.