Doctors and hospitals get $6.49bn from pharma and medtech firms 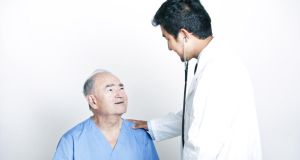 US doctors and teaching hospitals got $6.49 billion from drug and medical-device makers in 2014, according to new government data .

US doctors and teaching hospitals got $6.49 billion from drug and medical-device makers in 2014, according to new government data on the financial links between the companies and the people who prescribe their products.

The data range from the royalties paid to hospitals to help develop products to fees provided to medical experts to speak at a dinner with colleagues.

The payments are listed in two broad categories: money to fund research and payments to entertain doctors or compensate them for consulting or other non-research purposes.

By disclosing information on the payments, the US is seeking to bring transparency to the financial relationships between drugmakers and healthcare providers. Those ties can influence how physicians practise, even if they aren’t aware of it, said Jason Dana, a professor at Yale School of Management who studies decision-making.

“If we have a financial incentive to believe something or conclude something, we kind of trick ourselves into thinking it’s true,” he said. “And we’re not always aware we’re doing it.”

The Centers for Medicare and Medicaid Services created a website, called Open Payments, to let people search for data on their medical providers.

The disclosures cover payments to about 607,000 doctors and 1,121 teaching hospitals.

Overall, companies made $3.23 billion in payments for research and $2.56 billion for other purposes, according to a summary posted on the website. The data also include ownership interests of $703 million.

Quirks in the data make it difficult to get accurate totals for manufacturer payments. Many companies reported payments under various subsidiaries, which may not be apparent at first glance. For example, Johnson & Johnson has 32 reporting subsidiaries, according to spokesman Ernie Knewitz. Merck reported some payments under Comsort.

“We appropriately compensate doctors and institutions for their work to enroll patients and collect clinical trial data,” Pfizer spokesman Dean Mastrojohn said in an e-mailed statement.

“Merck is committed to the discovery and development of important new drugs and vaccines through collaboration with scientific leaders,” Merck spokeswoman Lainie Keller said in an e-mail.

The US released more limited data last year and updated it Tuesday.

In the last five months of 2013, doctors and hospitals got about $3.43 billion from device and pharmaceutical firms.

The government has pushed to make the data more accurate by letting doctors and hospitals look over their records before they’re made public. CMS said that payments accounting for about 30 per cent of the total were reviewed.

President Barack Obama’s administration has been working to increase transparency in health care since the 2010 passage of the Patient Protection and Affordable Care Act. In addition to the payments posted Tuesday, the law has also led to the disclosure of how much doctors across the US are paid by Medicare.

“We have to know where the money is going to really understand the problem, to develop policy,” Dana said. “No pharma companies spend this kind of money in a disinterested way.”

Some companies began voluntarily disclosing the payments in 2010 after the Affordable Care Act was signed. A similar disclosure requirement begins next year in Europe, while UK firms began posting the information in 2013.

The Advanced Medical Technology Association said Tuesday that feedback from doctors helps device makers improve their products. The group, which represents device and diagnostics firms, said it supports the disclosures.

Drug industry group Pharmaceutical Research and Manufacturers of America said collaboration between doctors and drugmakers helps lead to medical breakthroughs and can improve patient care. The American Medical Association, which represents doctors, said the government should work to make it easier for health- care professionals to verify the data.