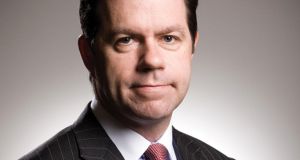 The Declan Kelly-led communications and advisory firm Teneo has been dragged into arbitration after having worked for both sides in the takeover battle for Anadarko, the US oil company.

Occidental Petroleum launched the private arbitration case against Teneo after agreeing to buy Anadarko for $56 billion (€50 billion), outbidding Chevron, which had offered about $50 billion for the owner of large shale oil reserves in the Permian Basin, according to people briefed on the matter.

Teneo, which provides services including strategy and communications advice, had worked for Occidental before Chevron made its offer for Anadarko. It then went on to work on Chevron’s bid. The arbitration aims to resolve the question of whether Teneo shared confidential information it received from Occidental with Chevron, said multiple people briefed about the matter.

Teneo was started in 2011. Its founders included Doug Band, an aide to former US president Bill Clinton during and after his presidency, and Mr Kelly, a former fundraiser for Hillary Clinton who served as the US economic envoy to Northern Ireland during her time as secretary of state.

The firm quickly became known for forging relationships with some of the world’s leading chief executives – and commanding higher fees for its services than its competitors. Teneo recently sold a majority stake to private-equity group CVC Capital Partners for more than $350 million (€312 million), valuing the company at more than $700 million (€624 million).

People close to Teneo said the firm had acted appropriately and had not shared any of Occidental’s confidential documents with other parties. They added that Chevron had hired Teneo after it was dismissed by Occidental.

People close to Occidental said Teneo decided to step down after finding out that it had a conflict of interest in the Anadarko matter. They said Teneo did not disclose what the conflicts were and Occidental only found out that the firm was working for Chevron after its rival announced on April 12th that it had reached an agreement to buy Anadarko. Occidental then launched its $56 billion counter-offer for Anadarko.

Occidental won the fight for Anadarko after its proposal obtained the backing of the target’s board. However, top executives at Occidental were angered by Teneo’s decision to work for a rival bidder, according people close to Occidental. – Copyright The Financial Times Limited 2019