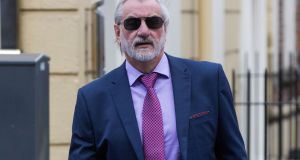 Ryanair has proposed Kieran Mulvey, former head of the Workplace Relations Commission as a third-party mediator

The dispute between Ryanair and Irish pilots appeared close to resolution on Friday as both sides appeared ready to accept mediation, but the airline cancelled more than 140 flights across Europe next Friday ahead of further strikes.

About 100 of Ryanair’s 350 Irish-based pilots staged their fourth strike on Friday in a dispute over base transfers, promotions and leave.

The directly-employed members of the Irish Airline Pilots’ Association (Ialpa) a branch of Fórsa – plan a fifth stoppage on Friday, August 10th, the same day that the airline faces strikes in at least two other countries.

Ryanair on Friday proposed Kieran Mulvey, former Workplace Relations Commission chairman, as a third-party mediator in the dispute with its Irish pilots.

Ialpa-Fórsa, did not formally accept the offer but described the move as positive.

“The union, which has been calling for third-party assistance for many weeks, will consult with its members in the company, and looks forward to talking to Kieran Mulvey about when a process could begin,” Fórsa said.

It appeared unlikely that the expected appointment of Mr Mulvey as mediator would result in pilots postponing next Friday’s strike.

Ryanair has cancelled 20 of 300 scheduled Irish flights on the same day in anticipation of the stoppage and offered to re-accommodate or refund the 3,500 affected passengers.

The airline has cancelled 104 Belgian flights, and 22 to and from Sweden ahead of pilot strikes in both countries on Friday August 10th, and is offering to reaccommodate or refund passengers.

Ryanair pointed out that it has scheduled more than 2,400 flights across Europe next Friday and predicted that customers would be “readily accommodated”.

The airline warned earlier this week that it could also face pilot strikes in Germany and the Netherlands on the same day, where unions have also backed industrial action.

Ryanair has sent revised proposals for a collective labour agreement to the German pilots’ union, Vereinigung Cockpit (VC), ahead of a deadline on August 6th. VC is due to hold a press conference two days later.

Observers regard the prospect of third-party intervention in the dispute between Ryanair and Ialpa-Fórsa as a breakthrough.

They suggested that if mediation begins, Mr Mulvey would be likely to seek some initial concessions from both sides.

This could require Ialpa-Fórsa to suspend further strikes while Ryanair may have to row back on proposals to cut its Dublin-based aircraft fleet from October, with the potential loss or transfer of 100 pilot jobs and 300 cabin crew.

The union warned that the threat to the airline’s Dublin base had only “hardended” members’ resolve.

Ryanair demanded a suspension of strikes as a precondition for resuming talks on the issues in dispute.

The pilots are seeking a transparent system for managing base transfers, promotions, leave and other issues tied to seniority. They have outlined 11 terms to the company as a basis for suspending strikes.

Ryanair maintains that it has agreed to nine of those 11 conditions and argues that the strikes are unnecessary.

1 Provisional liquidator appointed to Dublin engineering firm
2 How can I view my dead brother’s will if I’m not the executor?
3 Kerry trading profit rises 12.1% in year of mega-deal miss
4 Finance Ireland plans stock market flotation in May
5 Bank of Ireland staff in line for 2.95% pay increase
6 US reiterates opposition to Huawei equipment being used for Irish 5G
7 Bursting of Tesla bubble a case of ‘not if, but when’
8 Must you pay a price for ethical investment?
9 Finance Ireland’s IPO, Huawei and Irish 5G, and pay rises at Bank of Ireland
10 Irish Reits would benefit from property funds overhaul, Davy says
Real news has value SUBSCRIBE