Portuguese government unlikely to recoup €3.9bn it pumped into collapsed bank in 2014 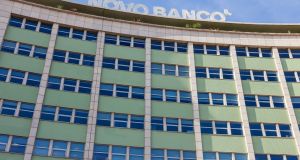 Portugal’s central bank has chosen US private equity firm Lone Star as the leading candidate to buy Novo Banco, the bank which was carved out of collapsed Banco Espirito Santo (BES), the central bank said in a statement.

The central bank now plans to hold further talks with Lone Star after selecting it ahead of other prospective purchasers including China’s Minsheng Financial Holding and US funds Apollo and Centerbridge.

Portugal had hoped to decide on the sale of Novo Banco by the end of last year ahead of a final August 2017 deadline for the sale.

“At the current moment of the negotiation, the potential proposal by Lone Star is the one that goes the furthest,” in ensuring stability of the financial system and confidence in Novo Banco, the central bank said in a statement.

But the central bank added that Lone Star set conditions in its offer that could have an impact on public accounts, which it will seek to “minimise or remove in the deeper negotiations that start now”.

Finance minister Mario Centeno said on Wednesday that Portugal was not ready to complete the sale of Novo Banco, adding that the government was not prepared to present a state guarantee for the potential buyer.

Portugal salvaged Novo Banco, or the “good bank” in a €4.9 billion rescue of BES in 2014, which collapsed under the weight of debts of its founding family. An attempt to sell Novo Banco in 2015 failed because the bids were considered too low.

The Portuguese authorities have not said how much they are seeking for Novo Banco. The government put up €3.9 billion for the rescue of BES but analysts doubt it will recover anything near that figure in the sale.

The rescue has led to a series of court cases by shareholders and other stakeholders hit by the process, prompting some bidders to request state guarantees to protect them against potential future legal liabilities.

The central bank said that the next phase of negotiations with Lone Star does not prevent other bidders from returning with improved offers.