Ciarán Hancock: Non-executive directors can take a hike on tax 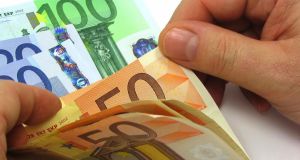 Spare a thought for Ireland-resident non-executive directors (NEDs). These are the people who sit on the boards of listed companies, private businesses, State entities, sports bodies, charities and not-for-profits.

Under companies legislation, there is no distinction between an executive and a non-executive director. But NEDs are generally expected to have a wider perspective of the business environment and to act as the eyes and ear of shareholders and/or stakeholders.

Research published yesterday by the Institute of Directors (IoD) showed that the role of NEDs in Ireland has become “more complex and onerous” over the past three years, with more time being spent preparing for, travelling to, and attending board and committee meetings in order to fulfil their roles.

This might be a response to the shortcomings of NEDs in the boom years when they failed to spot the emerging problems in the banks, insurers, regulators and property firms before the crash. Or the gaps in governance at some of our biggest charities and State agencies in recent years.

Anyway, the research, gathered from an online survey of 385 IoD members, showed that most of them spend up to 40 hours per year preparing for board meetings, and almost half spend a further 30 hours annually travelling to them.

A majority also spend more than 30 hours a year serving on board committees. That’s a full 100 hours annually or just less than two hours a week, according to the feedback received.

IoD chief executive Maura Quinn said that with more “stringent regulation, increased complexity, heightened scrutiny and a focus on risk across the sectors, the time given to attending and preparing for board duties has increased substantially in recent years”.

With the budget just six days away, the IoD wants Minister for Finance Michael Noonan to give Irish NEDs the same tax break as those non-execs who travel from abroad to serve on our boards.

Quinn wants the anomaly rectified. “The current situation is restrictive. It places an undue burden on small, Irish-based companies who want to attract NEDs from within the Republic of Ireland. This situation can be easily rectified, and we have asked the Minister to address it in the forthcoming Finance Bill 2016.”

Fortunately the burdens of being a NED weigh lightly on the shoulders of some of corporate Ireland’s leading figures.

IoD council member Heather Ann McSharry, a former managing director of Reckitt Benckiser and Boots Healthcare in Ireland, is a non-executive director of building materials group CRH, where she will receive a fee of €78,000 this year plus €54,000 for serving on two board committees.

In addition, McSharry is a NED with Ergonomic Solutions Ltd, and chairman of the trustee board of the Bank of Ireland Staff Pension Fund.

He is already chairman of Paddy Power Betfair (where he has been earning an annual fee of €450,000 since February 2nd of this year), Aon Ireland, and Sicon Ltd (better known as Sisks).

And he is a non-executive director of listed property group Green Reit (where he picked up a fee of €50,000 last year), Smurfit Kappa (where he stepped down as CEO last year) and Multi-Packaging Solutions International.

Another busy NED is former ESB chief Padraig McManus, who is listed as having 12 current directorships in company office filings, albeit some being related entities.

His roles include being chairman of Eir (fee not disclosed but likely to be a tidy sum) and listed company Mincon (paid €42,000). He also chairs the council of the ESRI, although members of this board do not receive any fees, and Curragh Racecourse Ltd.

We will have to wait until next Tuesday to discover if the IoD’s tax proposal has won favour with Noonan. But he should tell this group of elites to take a hike, at their own expense.