Fourth-quarter profit rises to $822 million as expenses fall 2.3 per cent to $2.63 billion 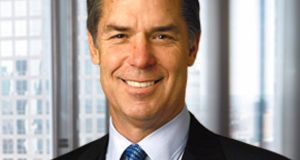 The world’s largest custodian bank’s net income attributable to common shareholders rose to $822 million (€773.5 million) in the three months to the end of December from $637 million a year ago.

Excluding items, BNY Mellon earned 77 US cents per share, in line with the average analyst estimate. Total revenue rose 1.75 per cent to $3.79 billion but missed analysts’ average estimate of $3.85 billion.

Provision for credit losses fell 95.7 per cent to $7 million.

Revenue from interest rose nearly 9.3 per cent to $831 million, driven by increase in interest rates and impact of interest rate hedging activities, the bank said.

The bank, whose shares were unchanged in premarket trade, rose 29.21 per cent in the last 12 months. – (Reuters)