AIB ponders outsourcing of up to 32 roles in Sandyford 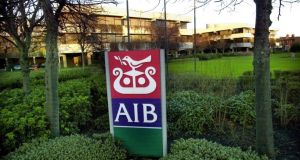 AIB is considering outsourcing certain activities at its mailing centre in Sandyford, Co Dublin, which could impact about 32 staff there.

The bank confirmed to The Irish Times that an “ongoing review” of functions at the printing and distribution centre is under way but that “no decisions”on its future had yet been made.

It is understood that AIB has run a tender process with a number of firms pitching for this work, which involves issuing credit cards and printing bills. It also involves a significant contract with An Post, which would be unaffected by any outsourcing move.

This is the latest outsourcing move by AIB. In January, it announced plans to outsource 170 staff in its IT division – in telecoms, operations security, and hosting and storage. The bank, which is 99.8 per cent owned by the State, wants to outsource these roles to Eircom, Integrity and Wipro. The plan is still under negotiation.

Larry Broderick, general secretary of the Irish Bank Officials Association, said the bank had confirmed to the union that it is looking at its options in Sandyford.

1 Johnny Ronan loses out on €315m Dublin docklands deal
2 Bank of Ireland takes €169m charge for 1,700 job cuts
3 How long can Government afford to keep State pension age at 66?
4 How much state pension will I get next year?
5 Ryanair and Aer Lingus to cut further flights from regional airports
6 Liquidators appointed to Irish arm of Wirecard
7 City businesses can’t afford to wait for a Covid-19 vaccine
8 Drone delivery start-up Manna raises further funds
9 Doing well out of doing good does not always add up
10 Nearly 12% living in jobless households as result of pandemic
Real news has value SUBSCRIBE