Shell to cut 6,500 jobs on back of falling oil prices 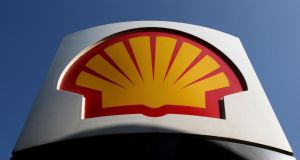 The Anglo-Dutch company also said it was planning more asset disposals as it pushes ahead with its proposed $70 billion acquisition of BG Group, bringing total asset sales between 2014 and 2018 to $50 billion. (Photograph: Simon Dawson/Bloomberg)

Royal Dutch Shell is to axe 6,500 jobs this year and step up spending cuts to deal with an extended period of lower oil prices which contributed to a 37 per cent drop in the oil and gas group’s second-quarter profits.

The Anglo-Dutch company also said it was planning more asset disposals as it pushes ahead with its proposed $70 billion acquisition of BG Group, bringing total asset sales between 2014 and 2018 to $50 billion.

“We have to be resilient in a world where oil prices remain low for some time, whilst keeping an eye on recovery,” chief executive officer Ben van Beurden said.

Shell said it anticipated 6,500 staff and direct contractor reductions in 2015 from a total of nearly 100,000 employees. And the group said it would reduce 2015 capital investment for the second time this year to $30 billion, down by 20 percent from a year ago as it expects the downturn in oil prices to last for several years. Big oil companies have cut 2015 spending by 10 to 15 percent from 2014 to cope with a halving of oil prices over the past year to below $55 a barrel. Rivals BP and Total announced further cuts this week.

Shell said its operating costs were expected to fall by $4 billion, or around 10 percent, in 2015 as part of a broad efficiency drive to boost its balance sheet. It also expects $30 billion of asset sales between 2016 and 2018, on top of a total of $20 billion in disposals for 2014 and 2015 combined. The company announced on Thursday the sale of a 33 per cent stake in the Showa Shell refinery in Japan to Idemitsu for about $1.4 billion.

Shell hopes to complete its BG deal by early 2016 and is still awaiting key regulatory approvals from the European Union, China and Australia after Brazil, the United States and South Korea formally cleared it. The deal is expected to generate pretax benefits of around $2.5 billion per year starting 2018. The tie-up will turn

Shell into the world’s leading liquefied natural gas company and one of the largest deepwater oil producers with a focus on Brazil. “We see significant value in the combined entity which over time will reduce the breakeven price,” analysts at Bernstein, who rate the stock as “outperform”, said.

Shell shares rose more than 2 per cent, while the European oil and gas sector was up just over 1 per cent.

Shell’s second-quarter cost of supplies earnings, excluding identified items, the company’s definition of net income, came in at $3.835 billion, down from $6.13 billion a year earlier and $3.25 billion in the previous quarter. The results beat expectations of $3.18 billion, according to an analyst consensus provided by the company. The drop in earnings is against a backdrop of lower oil prices, which averaged $60 a barrel in the second quarter of 2015, up around $5 a barrel from the previous quarter but down from $110 a barrel a year earlier. A sharp decline of around 75 per cent in revenue from oil production was once again offset by refining and trading, where earnings more than doubled in the second quarter from a year earlier.

Shell maintained its quarterly dividend at 47 cents per share and committed to rewarding shareholders with at least the same payout in 2016.