The agreement sees Sonatrach acquiring an 18.375 per cent interest in the Isarene production sharing contract 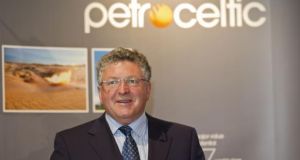 Dublin-based oil and gas exploration firm Petroceltic has confirmed the sale of part of its stake in the Ain Tsila gas development to Algerian state oil company, Sonatrach.

Petroceltic, which focuses on North Africa, the Mediterranean and the Black Sea regions, said it will receive a $20 million cash payment, a $140 million development cost and contingent payments of up to $20 million dependent on achieving certain milestones.

The agreement sees Sonatrach acquiring an 18.375 per cent interest in the Isarene production sharing contract covering Blocks 228 and 229a.

Following the completion of the transaction, Sonatrach will hold a 43.375 per cent participating interest, Petroceltic will hold 38.25 per cent and Enel will hold the remaining 18.375 per cent.

“The second Isarene farm-out is a major commercial milestone. Petroceltic has had a positive and mutually beneficial relationship with Sonatrach throughout the exploration, appraisal and now development phases of the Isarene production sharing contract,” said Petroceltic chief executive Brian O’Cathain.

“We believe that Sontrach’s decision to increase its interest as we commence development works is an indication of their confidence in the technical and financial strength of the project and the experience and capability of the team responsible for delivering it,” he added.

Petroceltic also has production, exploration and development assets in a number of other countries including Algeria, Bulgaria, Italy and Romania.