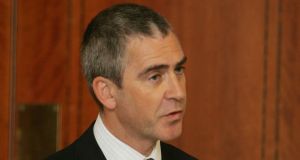 Managing director of Petrel Resources David Horgan is to step aside to focus on resolving a dispute in Ghana.

The row with the Ghanian government concerns a decision to grant a licence to a US company over part of what the company believes overlaps with its agreement on Block Tano 2A.

Along with its partner Clontarf Energy, the company has begun legal action in Ghana over the matter, with the High Court granting an injunction in its favour this month. Petrel has a 30 per cent interest in the licence.

In a statement, the company said Mr Horgan would remain as a director, but would step aside “for the time being” to focus on bringing the dispute to a successful resolution. Executive chairman John Teeling will take over the day to day running of operations.

1 Ryanair wants Irish courts to block Skyscanner from selling its flights
2 Who are Ireland’s 17 billionaires?
3 Cathay Pacific to resume Dublin-Hong Kong flights in March
4 Apple’s cash mountain, how it avoids tax, and the Irish link
5 MEPs reject Central Bank’s Gerry Cross for key banking role
6 Phil Hogan says EU ready to do ‘ambitious’ UK trade deal
7 Are there annual limits on inheritances or gifts to a child?
8 How to . . . block annoying online ads
9 Court dismisses part of action over claim of ‘catastrophic losses’ on pension schemes
10 Help, I’ve no PRSI stamps – can I still get a pension?
Real news has value SUBSCRIBE