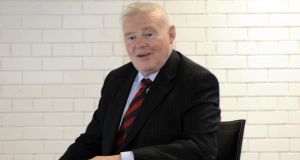 John Teeling was issued with 9.7 million new shares to bring his stake to more than 15 per cent. Photograph: Dave Meehan/The Irish Times

The Aim-listed company, which has exploration prospects in Botswana and Cameroon, said the transaction had been cleared by its two independent, non-executive directors. Mr Teeling was issued with 9.7 million new shares to bring his stake to more than 15 per cent. Jim Finn, a long-time ally of Mr Teeling’s, received 3.47 million to bring his share to 6 per cent. John Horgan, who has also worked with Mr Teeling for many years, got 1.8 million shares to bring his stake above 4 per cent. The company recently raised close to £300,000 from shareholders. MARK PAUL