What will the Government target to raise taxes in next month’s budget?

While income tax is unlikely to rise, the Government may target pensions, USC, DIRT and capital gains tax 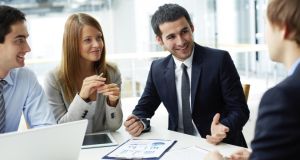 There’s no avoiding it. On October 15th, Minister for Finance Michael Noonan will deliver yet another austerity budget. It will be the seventh budget since 2007 with a common theme – falling social welfare payments and rising taxes.

While most people might be saying “enough” by now, the Government has to make further cuts if it is to stay on course with its adjustment of up to €3.1 billion. So how might it be done?

Extending USC
The Government has stressed that no income tax hikes are on the agenda. However, Anne Bolster, tax director with PricewaterhouseCoopers (PwC), says it is possible that an increase in the Universal Social Charge (USC) might be on the way for PAYE employees earning more than €100,000. A surcharge of 3 per cent already applies to self-employed people earning above this level. As such, Bolster notes, such a move would be perceived to be equitable.

Self-employed people have already been paying this, but from January 1st, 2014, it’s possible that everyone will have to pay tax on so-called passive income – which includes rental income, investment income, dividends and interest on deposits and savings.

“It would follow through that introducing PRSI for employees on other income would seem to be fairly fair,” says Bolster, although she adds that a “big question” would be how the tax might be implemented, given that PAYE employees typically – unless they own an investment property – do not file annual tax returns.

On the topic of PRSI, it might also be the case that the rate will be increased to 6 per cent for self-employed people, in return for better social welfare benefits.

Property tax
It was only introduced this year, but it was done so at a rate – 0.18 per cent – lower than that originally envisioned. So is there scope for an increase?

Padraig Cronin, tax partner with Deloitte, thinks so, but adds that it’s unlikely to come this year.

“It would be very easy to move it up,” he says, but adds that he doesn’t think the timing is right for an adjustment in the short-term.

“When higher rate income taxes are back down at 40 per cent, you could counter it by increasing property taxes.”

In any case, it will feel like the rate has increased next year given that it will be the first year that people have to pay the tax at the full rate.

DIRT
Tax on deposit interest has moved upwards steadily in recent years and, if the aforementioned application of PRSI on unearned income comes to pass, DIRT could be pushed up to 37 per cent.

So there could be an opportunity to pay your DIRT now – ahead of any budget changes.

KBC for example offers an interest upfront account, whereby interest is paid 16 days after you set up the account.

Inheritance tax
It’s already been increased by 65 per cent since 2009, but tax experts say there is scope to push up the rate of capital acquisitions tax (CAT) even more.

The rate currently stands at 33 per cent, but it could go higher given that the standard in the UK and on the Continent is for a higher rate.

“Even people on modest wealth may find that they have significant exposures which could eat into family wealth,” says John Hefferenan, a tax partner at Ernst & Young.

As such, he advises that people take advantage of the small gifts exemption, which allows parents to pass on €3,000 each year tax-free to each child.

Tax on gains
Capital gains might not be a concern for many at present, but another rate hike might still be coming – even if it won’t bring in the funds. “It seldom has impact of generating a return for the exchequer,” says Bolster.

The rate has already been pushed up to 33 per cent from a low of 20 per cent previously but, for Cronin, one possibility is that the universal social charge will be extended to CGT, increasing the effective rate to 40 per cent.

Like the UK system, however, Cronin would like to see some form of carve-out for entrepreneurs, whereby they can pay a lower rate of tax on gains from their businesses.

“It would be hugely retrograde to increase it for entrepreneurs. Entrepreneurs are over-taxed and not fully appreciated,” he says, adding that there could be a “compelling” case for allowing entrepreneurs to pay a lower rate of tax on gains generated from an investment of gains made in an earlier business.

Also on the agenda might be a potential extension in the exemption from CGT for properties bought by the end of 2013 where the property is held for at least seven years.

“It will be interesting to see in the budget whether the Minister will extend the deadline,” says Heffernan, adding that people may be unaware that the exemption is not limited to just Irish property due to EU competition rules.

“You can acquire property anywhere in the EU and will be able to avail of the exemption”.

As already indicated, the CGT retirement relief on the transfer of family businesses is due to be restricted from January 1st, which means that where someone is over 66 years of age, a €3 million cap will apply to the value of the business being transferred.

As a result of this move, there are now also concerns that business relief – the equivalent relief for CAT purposes – could be similarly reduced.

Pensions
A big change is likely to come in pensions. At present, the maximum allowable size a pension fund can be on retirement, for tax purposes, is €2.3 million, less than half the €5.4 million threshold at the height of the Celtic Tiger years.

Above that level, the higher rate of tax will be levied on the excess unless it was in place before the threshold was lowered.

The Minister has, however, signalled that a pension fund which gives an income of €60,000 a year is more appropriate.

Based on a multiple of 20, given the likely life expectancy, this implies a maximum pension fund of €1.2 million, although some are arguing for a higher level.

“There is a strong push that 20 isn’t the right number,” says Patrick Cosgrave, a director with Deloitte, adding that the various costs associated with a pension may mean that the multiple “should be closer to 30”.

Ahead of any possible implementation of a new standard, pension experts say it’s time to boost your pension fund – if you can.

“What we’re saying is, if you have the opportunity, top up your investment fund before budget day,” says Heffernan.

If the fund size is cut significantly, Heffernan says it will mean that another way of providing for retirement, other than through a pension fund, will likely be developed.

Also in pensions, the levy, of 0.6 per cent, will be abolished next year.

However, Cosgrave says it’s likely that it will be replaced in another form to meet the costs of supporting insolvent pension schemes on the back of the ruling by the ECJ on Waterford Crystal, will be a different name.

“This would be an unwelcome development for many who view it as a retrospective tax on pension savings,” he says.

Last year, the Government introduced a new policy whereby you could access a portion of your pension early if your financial circumstances dictated you do so, by allowing you to cash in your Additional Voluntary Contributions (AVCs). However, it was criticised for excluding self-employed people, and Cosgrave suggests that there could be an argument for broadening its application, so it doesn’t remain “a minority sport”.