What St Luke would say to Wolfgang Schäuble 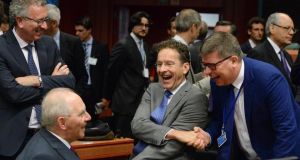 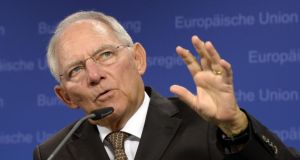 For most of human history the moral opprobrium associated with credit was attached to the lender, not the borrower. Aristotle and Plato poured scorn on usurers. Dante placed them in the seventh ring of hell. Following the teaching of Aquinas, the Catholic church prohibited lending at interest. This restriction led to the adoption of the stereotypical image of the Jewish moneylender.

In a manner all too familiar today, corporate lobbying helped instigate change. Jakob Fugger, the German merchant and industrialist, and possibly then the world’s richest man, sponsored a mission to persuade the pope – cash-strapped in the early 16th century by the construction of St Peter’s – to relax the ban. In Genoa, if not in Venice, religious teaching was widely ignored.

While Martin Luther decried this liberalism, other leaders of the Reformation saw the advantages of a more pragmatic approach. Max Weber’s 1905 masterpiece celebrated the connection between the rise of capitalism and the doctrines of Protestantism.

Islamic teaching, of course, remains hostile to interest even today. The same ingenuity and sophistry Christians applied in the Middle Ages are used to reconcile religious doctrine with economic reality.

So in the modern era, it is the lender who occupies the high moral ground and the borrower who must adopt a penitent stance. The tone of Jeroen Dijsselbloem, Dutch finance minister, and Wolfgang Schäuble, his German counterpart, as they harangue their debtors is above all self-righteous. As was the rant of Rick Santelli, an early mover in the US Tea Party, for whom any suggestion of support for subprime mortgage holders was subsidising “losers”. In this view, debt repayment is simply a matter of contract. As President Calvin Coolidge apocryphally said of proposals to cancel Allied first World War debts: “They hired the money, didn’t they?”

It is fair to question how much responsibility the current taxpayers of a country can be expected to take for debts incurred by venal governments of the past. Especially if you devoutly wish the citizens of that country to put the era of those venal governments behind them.

Perhaps it is reassuring that Germany should adopt a legalistic approach to the issues confronting the euro zone. The ordoliberalism that has been the driving force of its economic policies in the post-war era is in part a reaction to the lawlessness of the Nazi era.

For every foolish borrower, there is usually a foolish lender. The Greek crisis is not simply the result of Athens’s inept public administration but also of an extensive carry trade on euro zone convergence by northern European banks, notably in France and Germany, which obtained short-term profits by matching northern euro zone liabilities with southern euro zone assets.

The starting point for any solution to the Greek crisis, or the continuing problem of US mortgage default, should not be to ask who is to blame but what is likely to work. Morality does not come into it. Better the non-judgmentalism of St Luke’s Gospel: “And if you lend to them of whom ye hope to receive, what thank have ye? For sinners also lend to sinners, to receive as much again.”