Up to 1,250 businesses ‘recommended’ for State-backed coronavirus loans 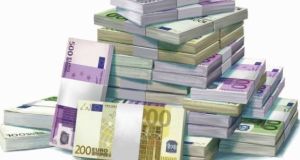 The €2 billion scheme, announced as part of the Government’s July stimulus package, provides low-cost loans to businesses impacted by the pandemic with up to 80 per cent guaranteed by the State.

Up to 1,250 Irish businesses have been “recommended” for State-backed coronavirus loans, according to a senior official at the Department of Enterprise, Trade and Employment.

Mr Hughes told the Oireachtas Committee for Enterprise, Trade and Employment that there had been “very significant interest” in the initiative.

The €2 billion scheme, announced as part of the Government’s July stimulus package, provides low-cost loans to businesses impacted by the pandemic with up to 80 per cent guaranteed by the State.

The loans can be used to fund working capital including liquidity needs, investment in innovation, or to refinance debt incurred as a result of Covid-19, and is the largest loan scheme ever announced by the State.

However, Sinn Féin’s Louise O’Reilly claimed the scheme had been announced quite late in comparison with other countries and that the take-up had been extremely low with only 128 loans worth €6 million approved.

Mr Hughes admitted the amount drawn down to date has been low but that he expected to see that increase significantly on the basis of the applications being recommended and processed.

“In terms of the numbers that are going through the credit application process, it was 850 the previous Friday, it was up to 1,250 last week, so that’s nearly a 50 per cent increase in those that are being processed through the banks,” he said.

There is often a lag between securing the loan facility and actually drawing it down, he said, while noting that some firms may be reluctant to take on debt.

The committee scheduled a meeting with department officials to discuss the efficacy of various business supports.

Fine Gael’s Richard Bruton said there was a need to legislate for “a lighter form of examinership rather than the very expensive High Court approach” with so many enterprises likely to need some form of restructuring as a result of the pandemic.

With a further €900 million approved under the Revised Estimate approved by the Dáil in June provided, “this more than doubling of our original 2020 allocation allowed us to provide immediate targeted supports to enterprises impacted by Covid through measures such as the restart grant,” she said.