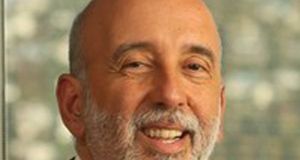 The overseas official set to become the next Central Bank governor presided over an OECD report that named Ireland during the Celtic Tiger years among countries engaged in potentially harmful tax practices.

Gabriel Makhlouf, a former top UK civil servant who has headed New Zealand’s treasury department since 2011, was approved by Cabinet on Wednesday as the first non-Irish national to lead the Central Bank in its 76-year history, effective from September.

Born in Cairo in 1960 to a Cypriot-British father and Greek Armenian mother, Mr Makhlouf will fill a vacancy left by Philip Lane, who will join the European Central Bank’s (ECB) executive board in June.

Mr Makhlouf served as chair of the OECD’s committee on fiscal affairs between 2000 and 2004 when he was also a top UK civil servant. In June 2000 he published an OECD report accusing 19 organisation members, including Ireland, of operating potentially harmful tax regimes.

In Ireland’s case Mr Makhlouf’s committee highlighted practices mainly related to the International Financial Services Centre (IFSC) at a time when activities in the hub were taxed at a 10 per cent rate when companies elsewhere faced a 24 per cent levy. The Republic’s corporate tax rate subsequently fell and was harmonised with the IFSC rate at 12.5 per cent in 2006.

“Harmful tax competition undervalues the ability of democratically elected government to provide the services voted for by their citizens [and] undermines the integrity of tax systems,” Mr Makhlouf told a news conference at the time.

The Irish Times first reported the selection of Mr Makhlouf, a one-time principal private secretary to then UK chancellor of the exchequer Gordon Brown, online on Wednesday afternoon.

The position automatically includes a seat at the table at the European Central Bank’s governing council, which sets interest rates and makes other monetary policy decisions.

Five shortlisted candidates were interviewed for the position last Wednesday, according to sources. Sharon Donnery, deputy governor of the Central Bank for the past three years, was among the final names, and had been widely tipped to become the first woman – and first internal candidate – to take the helm of the institution.

Colm O’Reardon, deputy secretary general at the Department of Health and former economic adviser to ex-tánaiste Eamonn Gilmore, is understood to have been the most senior figure from the Civil Service to make it to the final stages.

Andrew McDowell, vice-president of the European Investment Bank in Luxembourg and a former adviser to Enda Kenny when he was taoiseach, was also among the candidates, and was considered to be a strong contender.

“The logic was that the position should go to the best candidate. It wasn’t restricted to Ireland, it wasn’t restricted to any one gender, or anyone who was or was not currently working in the Central Bank, so it was done really the way top jobs should be filled,” Mr Varadkar said after a Cabinet meeting in Cork.